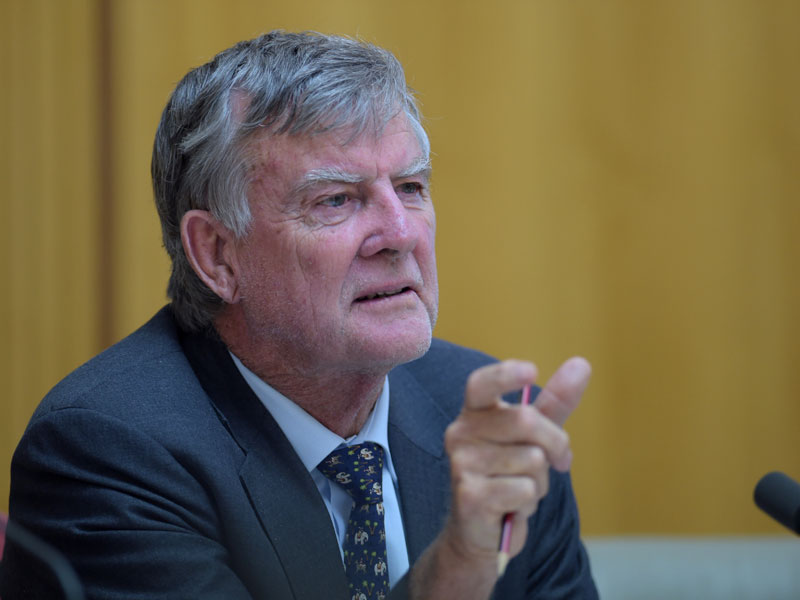 Bill Heffernan recounts a meeting with Kerry Packer – and a gun. Photo: AAP

Liberal senator Bill Heffernan claims he has a police list which names 28 prominent people, including a former prime minister, as suspected paedophiles.

Senator Heffernan didn’t name any names but called on Attorney-General George Brandis to expand the child abuse royal commission so that it includes the legal fraternity.

He told a Senate estimates hearing in Canberra on Tuesday he had provided the commission with documents, one naming the alleged paedophiles including “a whole lot of prominent people.”

Senator Heffernan is a vociferous campaigner against paedophiles, but his information hasn’t always been right.

In 2002 he used parliamentary privilege to falsely accuse a judge of using Commonwealth cars to procure young men for sex.

He said there was sadly a compromise at the highest levels.

“There is a former prime minister on this list and it is a police document,” he said.

Senator Heffernan said the documents, delivered to him by a police agency some time ago, were very disturbing.

“No one seems to want to deal with them,” he said.

“It’s not so much the secrets that’s the problem. It’s when a group such as the 28 people on this page keep each other’s secrets.”

Senator Heffernan said the Wood royal commission in the 1990s indicated it was going to explore which members of the Sydney legal fraternity used to attend Costellos, the boy brothel club in Kings Cross. The commission, however, did not look into Costellos.

“A lot of them are still practising,” he said.

He advised Senator Heffernan to go to the current child abuse royal commission, which would decide if the information was something it could inquire into.

“We should respect any decision of the royal commission about the ambit and scope of its terms of reference,” he said.