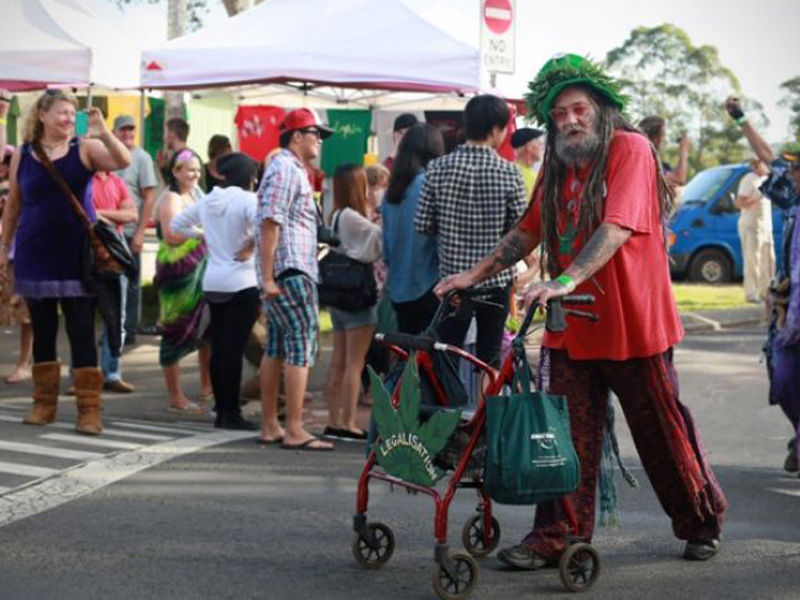 Residents of Australia’s self-proclaimed cannabis capital Nimbin are rejoicing over the Federal Government’s plans to legalise medicinal cannabis and say their home town is the perfect farming location.

The northern New South Wales village is well known for its promotion of cannabis use and some residents are now looking to the drug as a new legal growth industry as the government intends to allow cannabis to be grown for medicine or science.

“It would be wonderful to see that people themselves would be able to grow their own medicine, ideally,” a Nimbin resident said.

“I’ve been speaking out you know, for medicinal cannabis. I had a triple-bypass three years ago and it helps me with my nausea, with appetite, with sleeping and that’s what I use it for,” another person said.

Nimbin Hemp Bar employee Max Stone said it was “like winning a war” after so much campaigning about the benefits of cannabis.

“We have worked so long, so hard, we’ve been under-funded, under-manned, under attack the whole time, trying to tell one of these truths about the cannabis plant – that you can eat it, that you can make your clothes out of it, that it is the most beneficial and helpful plant to mankind,” Mr Stone said.

Nimbin-based Hemp Party president Michael Balderstone said the fields surrounding his home town could provide employment for the local jobless, who have a hidden passion for cultivating cannabis plants.

“Hemployment, it’s always been you know, a word we’ve had for ages came out of Nimbin, I think,” Mr Balderstone said.

“And all of the pot-smoking dole bludgers, here’s the opportunity for everybody, because there is a lot of long-term unemployed people who probably smoke pot and can’t handle society, you know, they’ve got an amazing expertise now after four or five decades really, it would be ridiculous to ignore it.”

‘Let’s stop everyone smoking with tobacco’

“Twenty thousand people are employed in Colorado in about the population of Sydney, because not all counties are into it. So the potential for employment and tax and quality control and health advice – let’s stop everyone smoking with tobacco,” he said.

“All the young kids in Australia start off smoking pot with tobacco; it’s a tragedy.

“There’s huge opportunities to bring the whole thing out in the open, being honest, being real, getting over the old fears. And employment in particular for this area, I reckon it would just be a win, win, win, win, win.”

The announcement may have also won the Liberal Party some unlikely support in a region that is far from conservative.

“He was in the class above me, yes. He was a decent guy in school; I’m glad he got in actually. I think it’s fantastic for all Australians, especially the people who need cannabis for medical reasons,” Mr Grassby said.

Nimbin puts hand up to be Australia’s ‘weed bowl’