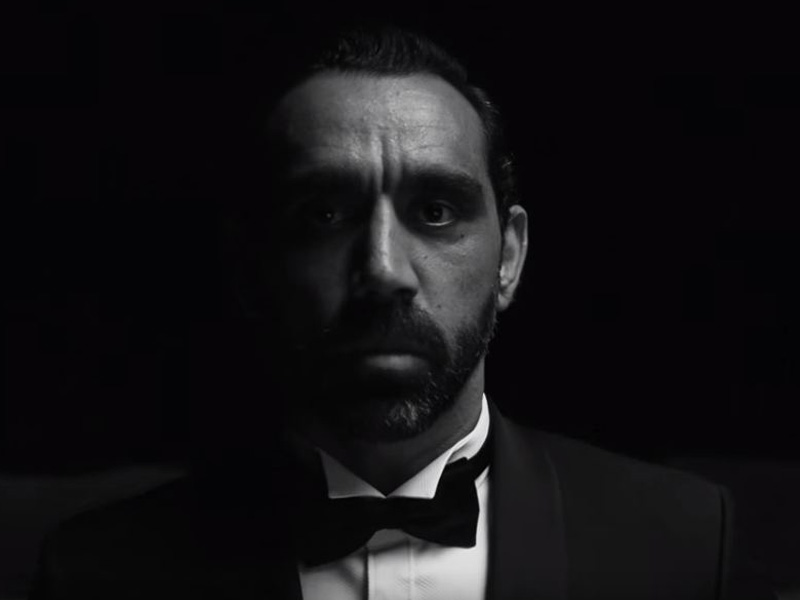 After being booed from the footy field, AFL champion Adam Goodes has been targeted in a vicious racist attack after announcing his first post-footy job – a brand ambassador for department store David Jones.

Hateful comments began to appear on the David Jones Facebook page on Sunday after the retailer posted a video unveiling an ad campaign featuring Goodes. He is one of six ambassadors, including model Jessica Gomes and musician Tim Rogers.

On Monday afternoon, after several media reports about the incident, the abuse continued to flow. Many comments were so offensive they cannot be published.

“Didn’t really like David Jones as a store or chain but can be sure I will never set foot or spend a cent in there now,” one comment said.

“David Jones where all the sooks go.”

Others just wrote “booooo”, referencing the repeated heckling and controversy that dogged the latter days of Goodes’ AFL career.

When his ambassadorship was announced, Goodes said he had taken on the role to help the retailer develop a reconciliation action plan (RAP).

“Many months ago I met with the team from David Jones and the topic of whether I would advise them to develop a RAP came up,” he said.

“I believe when heritage organisations such as David Jones have a RAP they play an important role in ‘closing the gap’ by creating an inclusive society and promoting change.”

Goodes has not commented since the racial abuse began appearing on the David Jones website.

In a statement on Monday, a David Jones spokeswoman said the retailer was “disappointed” with the reaction.

“David Jones is proud to have Adam Goodes, a powerful and inspirational Australian, join its family of ambassadors,” the statement said.

“We have received significant positive feedback from our staff, customers, vendors and other stakeholders regarding Adam’s appointment and our latest brand campaign.”

Opposition Leader Bill Shorten called the backlash “shameful criticism” and that “we shouldn’t stand for this garbage” in a post on Twitter.

Western Sydney University professor David Rowe, who is an expert on culture, sport and society, called it “retail racism”.

Professor Rowe said this latest controversy was evidence that the booing was never about football.

“[I’m] not entirely surprised, I suppose because of the booing – either physical or virtual – has continued despite protests and representations over some time,” he said.

“This is an extension of that, it’s just moved into a different realm, we’ve now moved into retail.

“Retail racism, I think we could call it.”

During the 2015 AFL season, Goodes was plagued by crowds booing him at almost every match.

By the time he announced his retirement after the AFL season, he chose not to do a lap honour at the Grand Final – reportedly for fear of being booed.

“I recall looking at the debate at the time when all the booing was going on, especially at its height, going through every reason that I could imagine – sporting and otherwise – and I’m sorry, for me it ultimately came down to the fact that this was racism and it had little to do with sport,” Professor Rowe said.

Late on Monday, other high-profile supporters started emerging and comments on the David Jones Facebook page turned to those of support.

Opposition leader Bill Shorten described the attacks on the footballer as “shameful racism” on Twitter.

The insults being thrown @adamroy37 is just shameful racism. Adam is a great Australian & we shouldn’t stand for this garbage #ItStopsWithMe