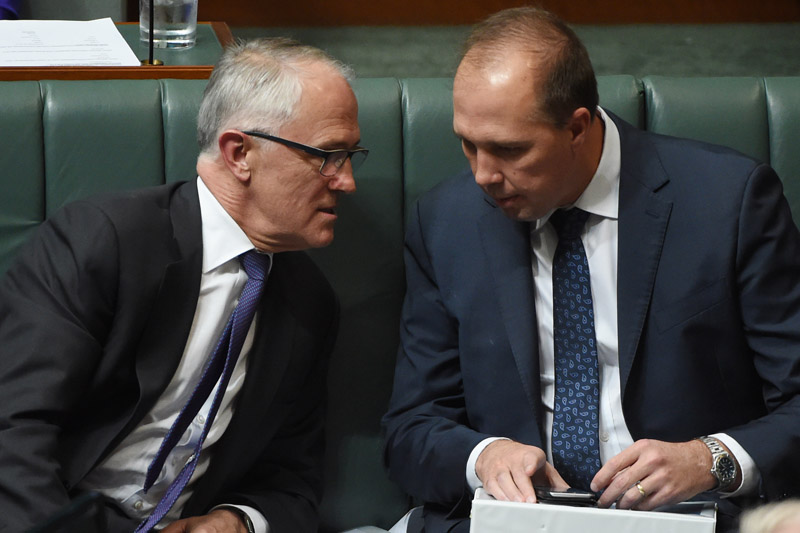 The Somali refugee flown to Australia for a termination last week says she never changed her mind about having an abortion.

Speaking on Saturday, both Immigration Minister Peter Dutton and Prime Minister Malcolm Turnbull claimed the 23-year old was flown on a chartered flight back to Nauru because she decided against the procedure.

However, the woman, known as “Abyan”, wrote a statement claiming that while she was in Australia, she was not offered counselling or an interpreter and was not allowed to speak with her lawyer or a doctor.

“I have been very sick. I have never said thate [sic] I did not want a termination,” she said in a hand-written statement which was photographed and sent to Mr Newhouse.

Speaking to reporters in Auckland on the weekend, the Prime Minister rejected Abyan’s story.

“The information I have is that woman in question changed her mind about seeking a termination and was deemed fit to fly,” he said.

A Refugee Action Coalition spokesperson said Abyan had not changed her mind about the termination, but had decided to delay the decision because she had not been permitted to discuss it with doctors and an interpreter.

“All she did say with that, [was] she would tell them tomorrow or the day after and on that basis it seems they’ve removed her,” Ian Rintoul told The Guardian.

George Newhouse, the lawyer acting for Abyan wrote to the Immigration Department on Friday – the day before she was sent back to Nauru.

“Our client has not decided to refuse a termination and you have completely misunderstood or misconstrued her position which is as set out in my letter … of 14 October 2015,” he wrote.

“Our client has the right to counselling before a termination and to understand the procedure, that is all we have been seeking and to represent her position as a refusal is disingenuous and cruel.”

Mr Newhouse said the speed with which Abyan was removed from Australia demonstrated that authorities were attempting to avoid due process.

But Immigration Minister Peter Dutton said reports that Abyan was flown back to Nauru without justification were incorrect.

“Comments from some advocates … are a fabrication, while others appear to be using this woman’s circumstance to their own political agenda,” the minister said in a statement on Saturday.

The move has drawn criticism from women’s health advocates, refugee advocates and the other side of politics.

Greens Senator Sarah Hanson-Young called for an inquiry into whether Peter Dutton was qualified to be making decisions regarding women’s health and sexual assaults.