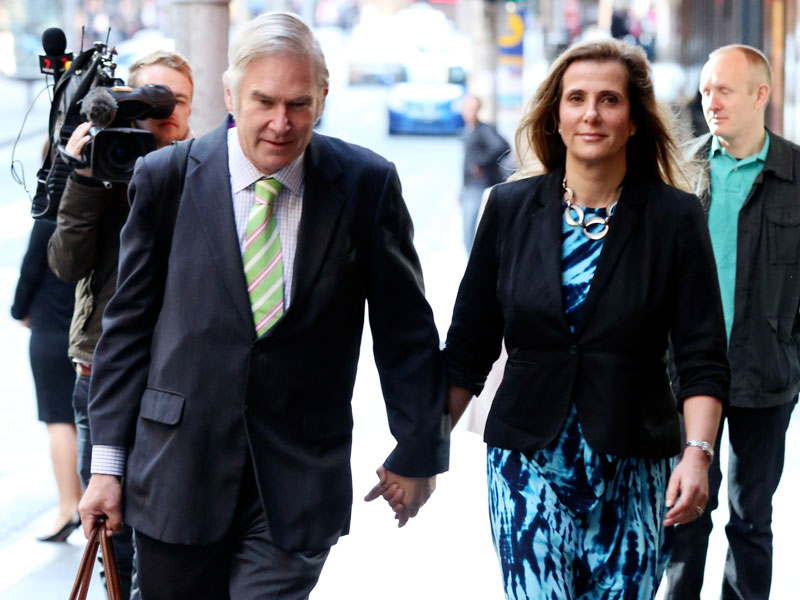 Fair Work Commission vice president Michael Lawler has revealed he has been secretly recording phone conversations with his boss as scrutiny intensifies over his role in his partner Kathy Jackson’s legal case.

Mr Lawler told the ABC’s Four Corners he had been recording conversations with Fair Work Commission president Iain Ross since 2012, in an effort to clear his name when the time comes.

“I was a specialist fraud prosecutor, I understand the importance of evidence and maintaining it.

“I’ve been assembling evidence with great care and effort for four years now.”

Mr Lawler said he chose to break his silence because he has been forced to publicly defend himself following months of what he describes as false allegations against him and malicious attacks on his character.

His partner, Ms Jackson, is fighting a Federal Court ruling handed down in August 2015 that she misappropriated $1.4 million over eight years while a senior official at the Health Services Union (HSU).

The inquiry will consider complaints made about Mr Lawler to the Government, the Fair Work Commission’s internal investigation process, as well as the management of any potential conflicts of interest and Mr Lawler’s extended absences from work.

Mr Lawler has been criticised for working on Ms Jackson’s defence case while on sick leave and still receiving his full, taxpayer-funded salary of approximately $430,000.

In one of the recorded conversations, Mr Lawler said Justice Ross told him there was no cap to his sick leave entitlements.

“I mean I’ll take responsibility for any amounts of sick leave you seek, there’s no cap or anything like that,” Justice Ross said during the conversation.

The secret recordings coincide with the timing of the first allegations against Ms Jackson in 2012.

Mr Lawler said he made the recordings in the protection of his own legal interests, pre-empting the flurry of attacks made against him in the media and in Parliament.

“There’s a defence provision,” he said.

Mr Lawler has also revealed he travelled on international holidays with Ms Jackson on union funds. Mr Lawler maintains he did not know at the time that it was being paid for by funds from the HSU.

“It turns out that I have been the beneficiary of airfares and a small amount of accommodation that was paid for by the union,” Mr Lawler said.

When asked how he could not have known who was paying for what during their holidays together, Mr Lawler replied: “Well, I did pay for parts of it [the holiday].

“If I thought that I was actually the recipient of stolen money I’d be wanting to repay it myself, but I don’t believe that I am.”

Ms Jackson claims she was entitled to $28,000 of travel each year, paid for by the union, but that the evidence proving her innocence that has gone missing.

The claim large amounts of critical evidence was missing formed part of an attempt by Ms Jackson to dismiss the civil case against her by alleging an abuse of process had occurred.

In the judgement relating to Ms Jackson’s application, the court did not accept her claim that vital evidence which would clear her name was contained in a number of missing boxes.

In his findings, Justice Richard Tracey said there was no guarantee the missing evidence would help her case.

“Whether those documents had the potential to be significant in the determination of these proceedings must be a matter of speculation,” Justice Tracey said.

“As a result, the evidence does not allow me to infer that the documents had been intentionally destroyed by anyone acting for or on behalf of the union in these proceedings, after they had been commenced, in order to disadvantage Ms Jackson.”

“I wish they’d been in existence because they certainly would have made our job a lot easier in a civil proceedings that we’ve recently concluded against Kathy Jackson,” he said.

The court also dismissed Ms Jackson’s claim the civil case against her had been brought to cause her financial ruin, and as part of an ongoing campaign waged against her by those who now control the union.

“There is simply not enough evidence to support the inference relied on by Ms Jackson that these proceedings are being prosecuted with a view to procuring her financial and other ruin,” Justice Tracey said.

Ms Jackson is appealing against the civil finding against her, claiming she was not given a fair hearing.

Mr Lawler says he stands by his partner, despite a criminal investigation into her conduct intensifying.