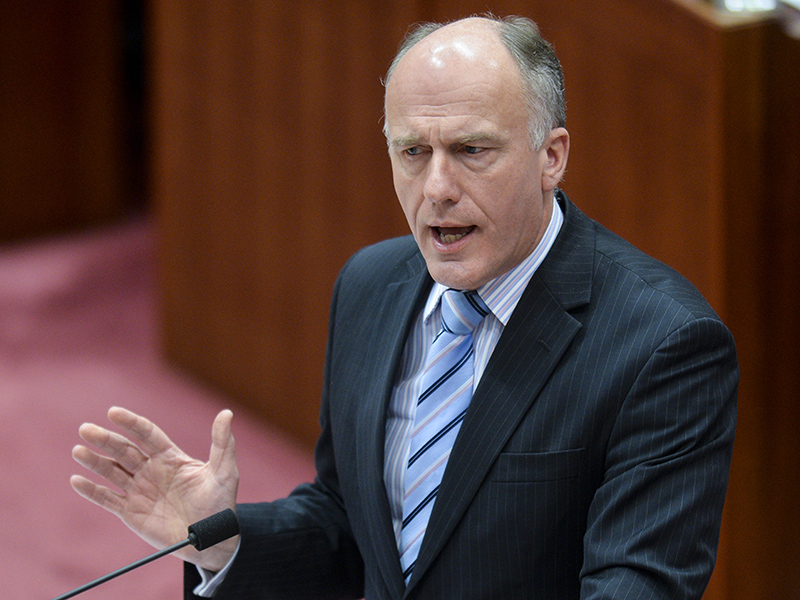 It's been a controversial week for Mr Abetz. Photo: AAP

He says the media treated him and his conservative colleagues, in particular former prime minister Tony Abbott, “unfairly”.

“There is a special negative-sentiment override for those that profess the Christian faith,” Senator Abetz told The Australian on Monday.

He gave the example that Mr Abbott was referred to as the “mad monk”, whereas the religion of other politicians were not ridiculed.

“There is the double standard that you can basically vilify anyone from the Christian side of the tracks but don’t you dare touch anyone else.”

Senator Abetz was removed from his position as Senate leader when Malcolm Turnbull seized the prime ministership.

George Brandis is the new Leader of the Government in the Senate.

“Journalists will need to ­explain why they do this, but it is very clear that if somebody swears their oath on the Koran, this is a wonderful expression of diversity and to be encouraged, whereas if you swear your oath on the Bible then you’re an old fart and not to be taken seriously,” he said.

“Well, excuse me, what’s the difference?

He said that the ABC were one of the worst offenders when it came to providing more lenient coverage to politicians it supported.

Mr Abetz pointed to a Lateline interview by Tony Jones, who interrupted Joe Hockey 33 times, but not once the next night to Wayne Swann.

“If you have a Christian, conservative point of view to offer, the media will have this negative-sentiment override which will simply be critical of any views that you may seek to express and that has, regrettably, been the case now for many years in the media gallery.”

Attacking the ABC was one of the hallmarks of the Abbott government, of which Mr Abetz was a key minister.