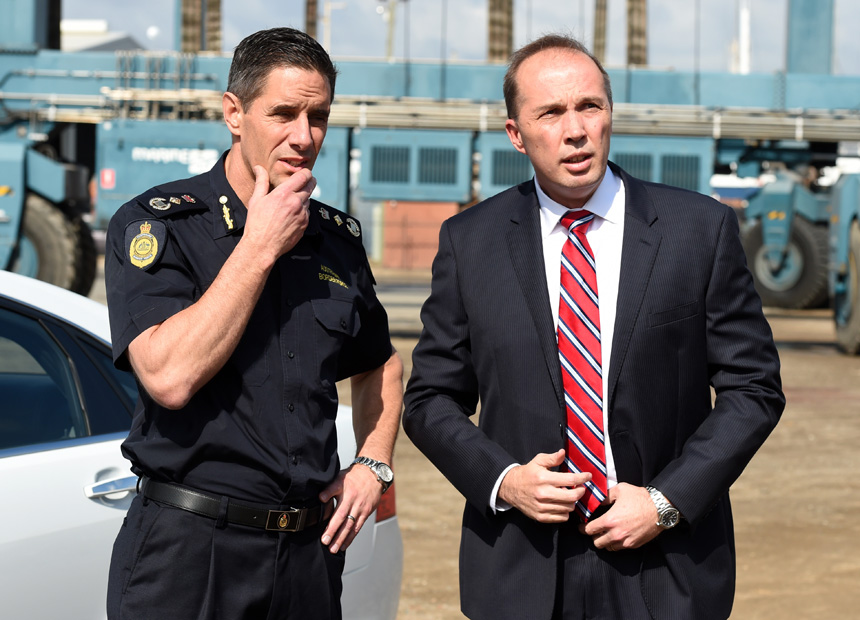 The heads of the Immigration and Australian Border Force (ABF) departments have apologised for their role in the botched Operation Fortitude, which triggered public outcry and protests in Melbourne.

The joint operation in August was cancelled just hours after Border Force issued a media statement suggesting its officers would be on the streets cracking down on visa fraud.

Department chief Mike Pezzullo told Senate estimates that the ABF had since conducted a comprehensive review of its media procedures and several officers had been formally counselled.

“It is clear that the media release issued that morning was very badly worded and gave rise to the impression that the ABF has general powers of questioning people in the street,” he said.

“It does not, and I apologise for the impression that was wrongly created.

“We certainly don’t rely on racial profiling at all.”

ABF commissioner Roman Quaedvlieg initially described the media release as “clumsily worded”, but on Monday conceded it was factually wrong.

“Unfortunately in the case of Operation Fortitude, the ABF issued a complementary media release which was factually wrong in describing its role,” he said.

“This resulted in public confusion, concern and distress, for which I apologise.”

Operation Fortitude was a joint operation announced by Victoria Police on August 28, targeting anti-social behaviour in the Melbourne CBD, particularly around the public transport network.

The ABF issued its own media release on the day, saying officers would be positioned at various locations around the city and would speak “with any individual we cross paths with”.

The statement sparked public outrage and protests in Melbourne, forcing the ABF to issue another release clarifying “the ABF does not and will not stop people at random in the streets … the ABF does not target of the basis of race, religion, or ethnicity”.

Hours later, the operation was cancelled by Victoria Police.

Commissioner Quaedvlieg gave further details about the role the ABF was going to play, telling senators that six officers were to be stationed at the Flinders Street and Southern Cross taxi ranks, dealing with any cases referred to them by police.

“Where there was an issue that arose in relation to a question about an immigration issue, we would then be called forward and we would take that referral and make an appropriate assessment,” he said.

“My anticipated workload for those officers would have been probably no more than half a dozen inquiries over the course of each evening.”

Mr Pezzullo told senators the ABF had no power to stop and randomly question people and strongly rejected suggestions of racial profiling.

“We certainly don’t rely on racial profiling at all,” he said.

“Australia is a multicultural society, it would be a slippery slope to start to assume someone is a non-citizen.

“I’ve got an Italian surname with two zeds in my name and I would be greatly offended if someone simply, without any cause or reasonable suspicion, started to ask me about my lawful status in this country.”

Mr Pezzullo said he and Commissioner Quaedvlieg took full responsibility for the incident and while several officers had been counselled, he was not going to “throw them under a bus”.