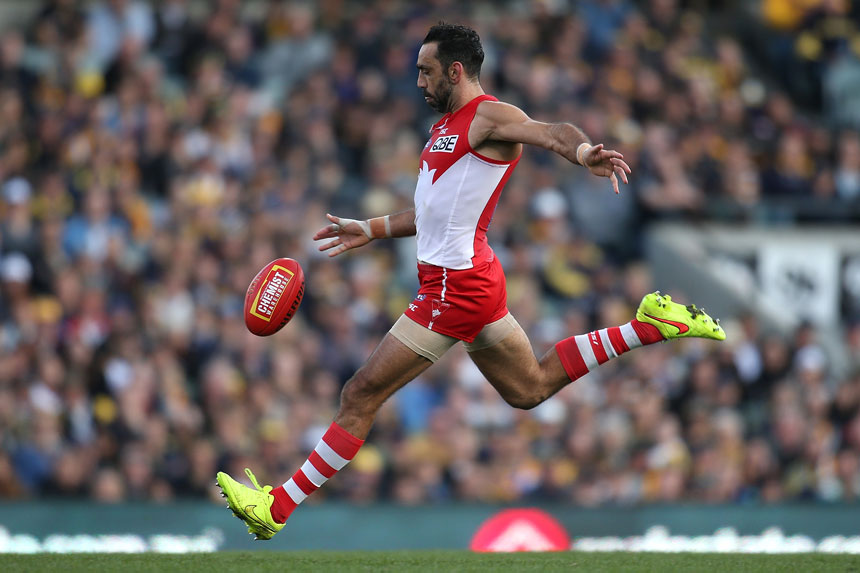 David Jones’ Facebook page has been inundated with a flurry of vile and racist comments in response to Adam Goodes being hired as a brand ambassador.

While many of the recent posts have been supportive of the retired AFL star, much of the initial commenting was full of racial vilification and blatant bullying toward the two-time premiership player.

Nothing seemed to be off limits for those posting abuse in the comments section of the video, and a lot of what was written was too vicious and racially insensitive to include in this story.

• Enough is enough. It’s time to stop booing Goodes
• Why every AFL player should stand with Goodes
• Goodes booing a shameful period: Whateley

“Definitely one big reason not to shop there now,” Facebook user Jamie Greenham wrote, and others followed suit.

Goodes’ 2015 – his final year in the AFL – was marred by constant booing from crowds around the country.

The two-time Brownlow Medalist announced his retirement after the AFL season and chose not to do a lap honour at the Grand Final – reportedly for fear of being booed.

He received a huge amount of support on the post too, with many congratulating David Jones for the appointment of Goodes.

While Patricia Furst posted: “I am delighted that you have chosen Adams (sic) Goodes. Please don’t let comments by racists and bigots speak for me”.

A David Jones spokeswoman told Fairfax Media the department store was steadfast in its support for Goodes.

“David Jones is proud to have Adam Goodes, a powerful and inspirational Australian, join its family of ambassadors,” the spokeswoman said.

“We have received significant positive feedback from our staff, customers, vendors and other stakeholders regarding Adam’s appointment and our latest brand campaign.”

The campaign also includes You Am I frontman Tim Rogers and model Jessica Gomes.

Goodes has been appointed to model in David Jones’ new ad campaign, and also as an advisor for its corporate responsibility programs.

In a statement, Goodes said he would be using his name for good through the campaign, according to mUmBRELLA.

“I am committed to using my name to advocate the things that are important to me, especially education, to create a better Australia for all Australians and I believe this role will give me the opportunity to do this.”

“As part of my role, I will support David Jones in promoting positive change in the areas of environment, ethical sourcing and community and work with them to develop a meaningful RAP.”

The ad campaign featuring Goodes can be seen below: