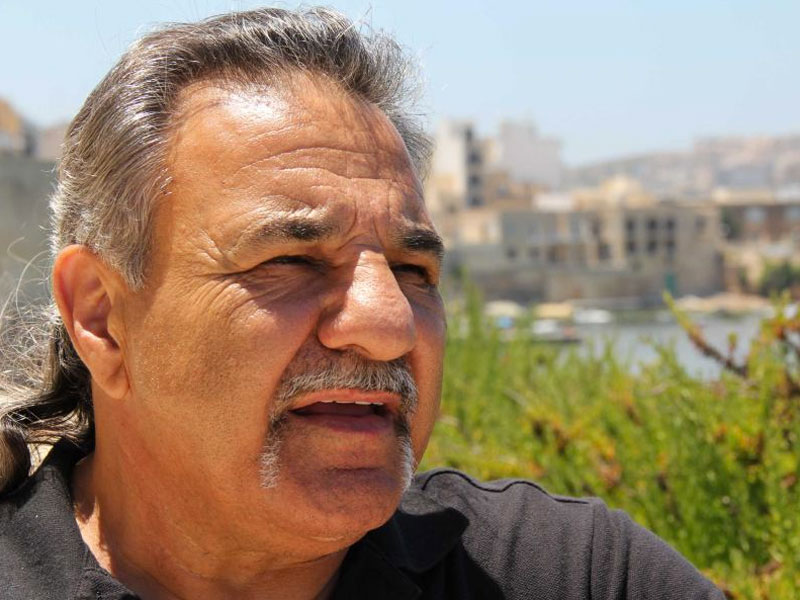 The president of the Rebels Motorcycle Club has lost a legal bid to challenge the cancellation of his visa.

Alex Vella has been stranded in his birthplace, Malta, since June last year, when the Immigration Minister cancelled his visa on character grounds.

His lawyers argued Mr Vella had been denied procedural fairness because the reasons for the cancellation had not been disclosed.

But the High Court refused his application for leave to appeal.

Mr Vella was stripped of his residency visa by the Abbott government in 2014 because “the [Immigration] Minister reasonably suspected that Mr Vella did not pass the character test and was satisfied that the cancellation would be in the national interest”.

Mr Vella, who held Australian residency for 47 years but not citizenship, has been stranded in Malta ever since.

His wife, children, grandchildren and elderly mother live in Sydney.

Mr Vella has been the national president of the Rebels since 1973, presiding over a club that has grown to be the biggest in the country with more than 2,000 members.

But police say the Rebels are one of the country’s most dangerous and violent outlaw motorcycle gangs.

“Alex Vella is synonymous with the Rebels.”

But in an exclusive interview with the ABC from his base in Malta in July, Mr Vella denied he was involved in any criminality.

“I’m innocent, I know that. I’ve done no wrong by nobody, but they’ve shut the door on me and thrown me out of the country,” he said.

“Why should I take responsibility for [a club member] who done wrong? That’s for the law to do their job, not me.”

Mr Vella’s previous legal challenges to the stripping of his visa, including the most recent appeal to the full bench of the Federal Court, failed to get the minister’s decision overturned.