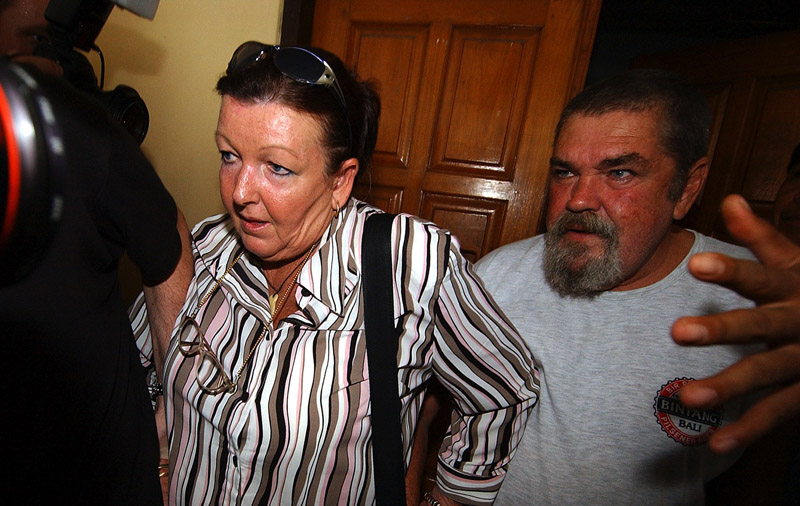 The Corby family will receive almost $1 million in damages after Eamon Duff’s book Sins of the Father was found to be defamatory.

Schapelle Corby’s family claimed the book falsely portrayed her father, Mick Corby, as the head of a family drug syndicate.

The book, published by Allen & Unwin, has been pulped in accordance with a court order, while the publisher was ordered to pay $400,000 in legal costs.

Speaking to The Australian exclusively, Ms Rose argued the damages were not high enough to provide a true disincentive to publishers considering publishing defamatory material.

“I hope stronger penalties are given out for blatant defamation,” she said.

“We are so angry this book was ever allowed to be published and that none of us were contacted. It’s hurtful and affects your life and everyone around you when such lies are published about yourself and your loved one.”

Ms Corby also said Fairfax journalist Mr Duff had purchased a car for the McCauley family following the publication of the book, a claim accepted by Mr Duff under cross-examination in court.

Despite the charges, Mr Duff defended his book and criticised Australian defamation law.

“I think the defamation laws in this country operate very harshly against publishers and I think most publishers would share that view,” he told The Australian.

“So far as the book is concerned, I spent a vast amount of time researching it and honestly believed everything published.”

In 2004, Schapelle Corby was found guilty of smuggling 4.2 kilograms of cannabis on a flight to Bali.

She was sentenced to 20 years in prison but was released on parole in 2014, and will be permitted to leave Indonesia in 2017.