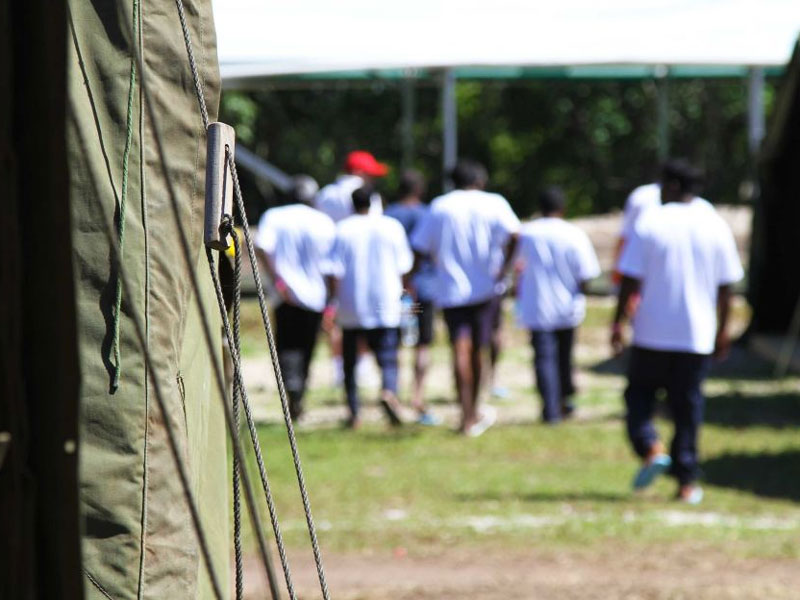 A pregnant asylum seeker who was transferred to Australia for an abortion after being allegedly raped is in the process of returning to immigration detention, the ABC understands.

The 23-year-old Somali woman was brought to Australia this week for treatment after being allegedly raped on Nauru, but is yet to be treated by a doctor regarding her pregnancy.

Human Rights lawyer George Newhouse told Lateline he understood the woman known as Abyan had been flown back to Nauru by “private jet or through the RAAF”.

“We’ve found that she’s been taken to Honiara and from there apparently to Nauru,” Mr Newhouse said.

Earlier on Friday, the ABC understood the Immigration Department was preparing to return Abyan back to Nauru, claiming she declined to proceed with an abortion.

The department informed her legal team on Friday morning the woman was being moved to the processing section of Sydney’s Villawood detention centre, ahead of her expected departure to the Pacific island.

Pamela Curr from the Asylum Seeker Resource Centre said the woman had been seen by a nurse when she was in Australia, but had not yet ruled out having an abortion.

The latest claims follow news that a 26-year-old Somali woman, who said she was raped in August, may be charged with making a false complaint to police.

Earlier this week, the Nauru police force released a statement that rejected the claims of the refugee, whose case was raised last month on 7.30.

The woman, known as Najma, reported that two Nauruan men had dragged her into the bushes and raped her.

Police have rejected the claims, and said that the woman could have committed a crime.

In a statement, Mr Adeang said he stood by the country’s police force “100 per cent”.

“The police investigation has shown there was no rape,” he said.

“Therefore, as far as we are concerned, the person in question is not a rape victim or a victim of any crime.

“The person did not cooperate with police and refused to accompany police to what she alleged was the crime scene.”

“People who are living in Nauru abide by the laws of Nauru,” he said.

Greens senator Sarah Hanson-Young said the woman had been “ridiculed” by the Nauruan police force and Nauruan government.

Senator Hanson-Young described it as “sickening”.

“It just proves once more than Nauru is not a safe place for Australia to be sending women, children and families,” she said.

“I heard [Malcolm Turnbull] only a couple of weeks ago talk about the fact that it was un-Australian to beat and commit crimes against women for being women.

“Well, it’s happening on Nauru for people that his Government sent there.”