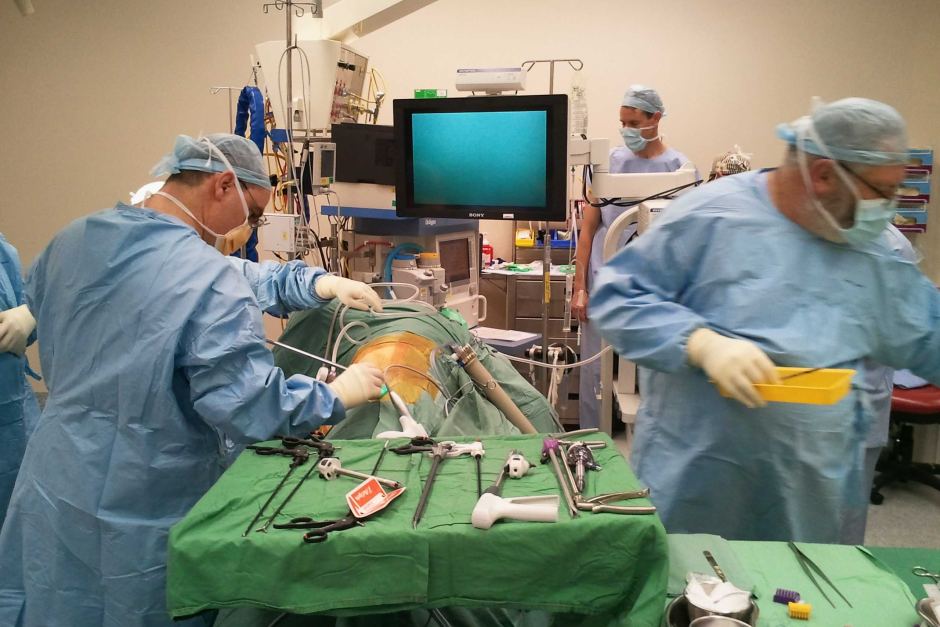 Tasmania has been ranked bottom of a table for waiting times for elective surgery in public hospitals across the country.

The Australian Institute of Health and Welfare (AIHW) found the median waiting time for elective surgery in the last financial year ranged from 27 days in Queensland to 55 days in Tasmania.

In the same period, the proportion of patients who waited more than a year for surgery ranged from 0.5 per cent in Queensland to a high of 12.9 per cent in Tasmania.

In response to the report, the government said it had spent record amounts on health in the 2014-15 Budget and was implementing reforms to cut waiting times.

Elective surgery is an operation other than emergency surgery, which is medically necessary, but can be delayed for at least 24 hours.

Hernia surgery, cataract surgery, mastectomy for breast cancer and the donation of a kidney by a living donor are considered elective surgeries.

While most states have improved their waiting times, since 2010-11 the median waiting time for elective surgery in Tasmania increased from 38 to 55 days.

The greatest variation in median waiting times was for ophthalmology, ranging from 33 days in Victoria to 214 days in Tasmania.

Only 59 per cent of all patients were admitted within the clinically recommended time, the lowest in the nation when compared with other states which ranged between 78 and 98 per cent.

“Overall for Australia, 50 per cent of people had had their surgery within 35 days,” she said.

“For Tasmania it was longer than that, it was 55 days.”

The second measure focussed on the number of days it took for 90 per cent of people waiting to receive surgery.