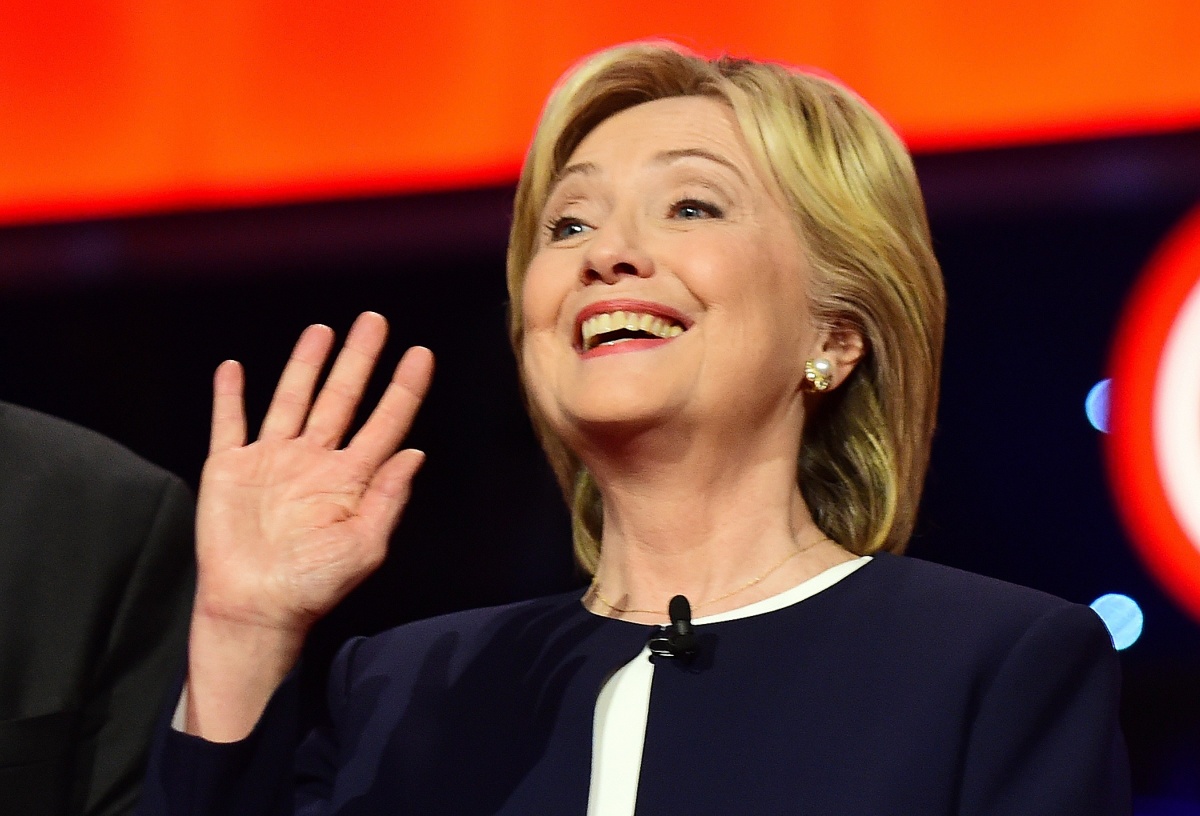 1. She started out as a conservative. Her father and her history teacher were both fervent anti-communists, and the young Hillary campaigned for far-right Republican Barry Goldwater in the 1964 election, which Goldwater lost to Democrat Lyndon B. Johnson.

2. She is a graduate of Wellesley College, Massachusetts, which has been described as the highest-ranking women’s college in the United States. Its motto is “Not to be ministered unto, but to minister”.

• Clinton fires up in US debate
• CIA torture survivors sue

3. Although she was president of the Wellesley Young Republicans, Clinton’s stance began to change, particularly in regard to the American Civil Rights Movement and the Vietnam War. She defined herself then as a “mind conservative and a heart liberal”.

4. At the 1968 Republican National Convention in Miami, Hillary departed the Republican Party after what she perceived as the party’s “veiled racist” attitudes.

5. In 1971 she met and began dating future Democrat president Bill Clinton, when both were students at Yale Law School. Hillary was dubious about marriage, but the ceremony took place in their own house in 1975.

6. Hillary Clinton was always seen to play a prominent role in the presidency of her husband. After Eleanor Roosevelt, she was seen to be the most “empowered” First Lady.

7. The 64th US Secretary of State, and first woman, was Madeleine Albright, who like Clinton attended Wellesley. Other Wellesley luminaries are screenwriter Nora Ephron (Sleepless In Seattle, When Harry Met Sally), and Soong May-ling (also known as Madame Chiang Kai-shek), the former First Lady of China.

8. During her husband’s two-term presidency from 1992 to 2000, Hillary travelled to 79 countries, thus breaking the previous record by a First Lady held by Pat Nixon, wife of Richard Nixon.

9. She has been the subject of several official investigations, all of which failed to find any wrongdoing. Spectacular profits made from her cattle futures trading efforts were published in newspapers in 1994, but no charges were ever laid.

10. When Bill Clinton’s affair with Monica Lewinsky was revealed, Hillary at first dismissed the reports as a “vast Right wing conspiracy”. Later she said she had been misled by her husband, but affirmed her loyalty to their marriage. “No one understands me better and no one can make me laugh the way Bill does. Even after all these years, he is still the most interesting, energising and fully alive person I have ever met.”

11. In 2007, the Clinton joint worth was said to be more than $50 million. They were estimated to have earned more than $100 million since 2000, most coming from Bill Clinton’s books and speaking engagements.

14. Although bitterly disappointed at not winning the 2008 Democratic nomination, Hillary showed total loyalty to Barack Obama as his Secretary of State. She was seen as a team player and he trusted her. They formed a strong working partnership without power struggles.

15. In 1995 Hillary said that her mother had named her Hillary (with two Ls) after Mount Everest conqueror Edmund Hillary. However, this seems odd since Hillary and Tensing scaled Everest in 1953, and Clinton was born in 1947.