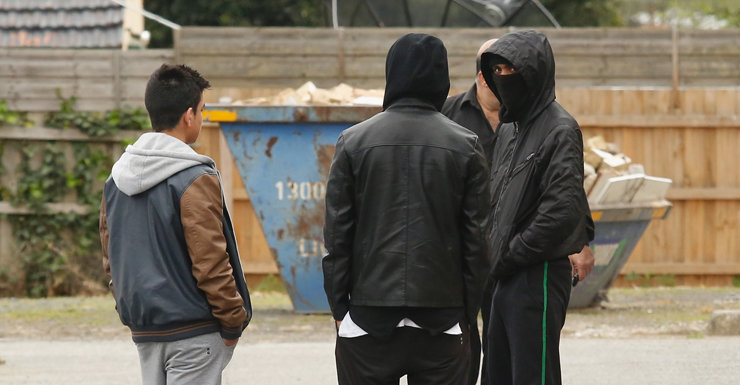 Federal police working in the area of counter-terrorism have been forced to monitor a 12-year-old boy.

AFP commissioner Andrew Colvin confirmed on Wednesday night the child was under watch. He is reportedly one of 18 suspects mentioned in a Federal Court order handed to another Sydney terror suspect, the ABC reported.

The order prohibits Ahmad Saiyer Naizmand, who is currently in police custody, from communicating with 18 people, including the 12-year-old and another 18-year-old, the ABC reported.

“We’re shocked that a 12-year-old is on the police radar for these type of matters,” Mr Colvin told ABC’s 7.30 program.

Prime Minister Malcolm Turnbull said before an anti-terrorism summit on Thursday morning that the problem was “getting worse”.

“Yes, the problem is getting worse for Australia, not better,” Mr Turnbull said.

“We are dealing, as Greg [Moriarty, Australia’s anti-terror coordinator] said, with an evolving threat.

“As we deal with these threats and the people that seek to turn children into terrorists, we have to be as agile as they are.”

It had been reported earlier that Jabar may have been recruited for the attack by a group of men already under surveillance for terror activity.

Authorities believe that the group sounded out Jabar because they were under too much scrutiny to do it themselves.

Jabar had not come under police scrutiny until the fatal attack was complete.

The ABC also reported police knew since March that the group of men had been seeking a firearm.

It is believed these men provided Jabar with gun he shot Mr Cheng with.

“Unfortunately there is a barbaric terrorist organisation in the Middle East that are reaching out through social media to our young people,” he told Nine Network on Thursday.

“We have seen this trend of them reaching out to people in their 20s, then their late teens.

“Now we find people in their early teens and the government is very shocked about these matters.”

A candlelight vigil held outside the Parramatta headquarters on Wednesday night heard his wouldn’t be for nothing.

“We will stand together to ensure that the harmony we are so proud of, the harmony that we have experienced in the past, unites us into the future,” Parramatta City Council Lord Mayor Paul Garrad said.

These reportedly included lowering the age of a person who could be slapped with a control order, and lengthening the amount of time a terror suspect can be held in custody without charge.

The developments come Mr Malcolm Turnbull prepared to host a summit on Thursday as part of efforts to counter violent extremism.

The PM will host senior law enforcement officials and anti-terror experts, including the head of ASIO and police commissioners from around the country.