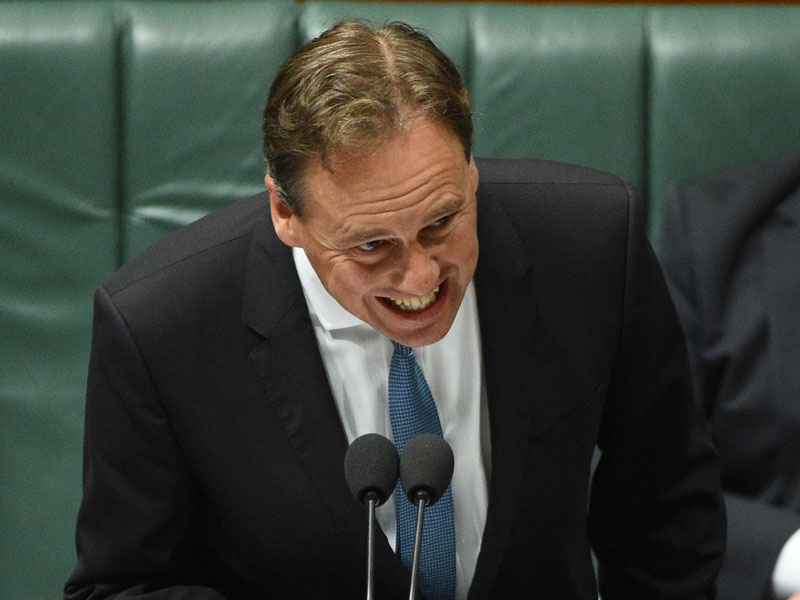 The Federal Government has given mining giant Adani re-approval to build the massive Carmichael coal mine, subject to “36 of the strictest conditions in Australian history”.

Environment Minister Greg Hunt signed the papers on Wednesday, giving the Indian mining firm the green light for the $16 billion mine and rail project in remote central Queensland.

He said the conditions imposed took into account issues raised by the community and would ensure that Adani met the highest environmental standards.

Mr Hunt said all measures must be approved before mining could start.

“I have the power to suspend or revoke the approval and strict penalties apply if there is a breach of the strict conditions,” he said.

The re-approval comes more than two months after the Federal Court set aside the original approval because of a bureaucratic bungle over two vulnerable species.

The court found Mr Hunt had not properly considered advice about the yakka skink and the ornamental snake.

At the time, Adani said it was confident the “technical error” in the approval process would be rectified and the company was quick to welcome the announcement.

In a statement, the miner said the final federal approval made clear that environmental concerns were addressed, “reflected in rigorous and painstaking conditions”.

“It is certainty over the remaining approvals that is now key to the company progressing its plan to deliver mine, rail and port projects in Queensland that will deliver 10,000 direct and indirect jobs, and $22 billion in taxes and royalties to be reinvested back into community services,” it said.

The Mackay Conservation Group long challenged the project on environmental grounds and continued to claim the project did not stack up economically.

“And admitted in court that total jobs from the project, including short-term constructions jobs, will be less than 1,500 – a fifth of the 10,000 jobs the company originally promised,” she said.

“Minister Hunt has again failed the people of Australia by ignoring new evidence on the devastating impacts of what would be Australia’s largest coal mine.

“The black-throated finch will most likely be pushed to extinction if this mine goes ahead, and countless other species will suffer as precious groundwater springs are depleted of water.”

Ms Roberts said landholders would also lose billions of litres of water that would be taken from “precious groundwater resources”.

Carmichael coal mine gets federal re‑approval