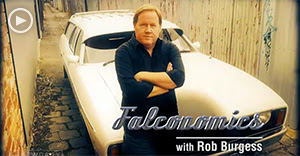 The discount supermarket chain might scrimp on bags and boxes, but there’s one area where it spares no expense – its staff Read more

Why Australia is in love with Sam Frost

Another day, another man rejected. But it seems this jilted reality TV star can do no wrong. Read more

Beware! Westpac’s mortgage hike will not be the only one

Labor gets personal, turning the heat on the PM on the “appropriateness” of a managed investment in the Carribean Read more

Four wildcards who could become the next US president

With the Republican party in chaos, these Democrats are in with a shot. But they’ve made powerful enemies – and not just Hillary Read more

These evil undead zombies are ruining your phone

The average smartphone is clogged with these burdensome pests that refuse to die. They’re sapping your battery life and data Read more

How a GST rise could help fix our ‘dysfunctional’ tax system

J-Law: ‘I didn’t want to seem difficult or spoiled’

Actress opens up about those Sony email leaks in a fierce essay, revealing her new take-no-prisoners tactic for pay negotiation Read more