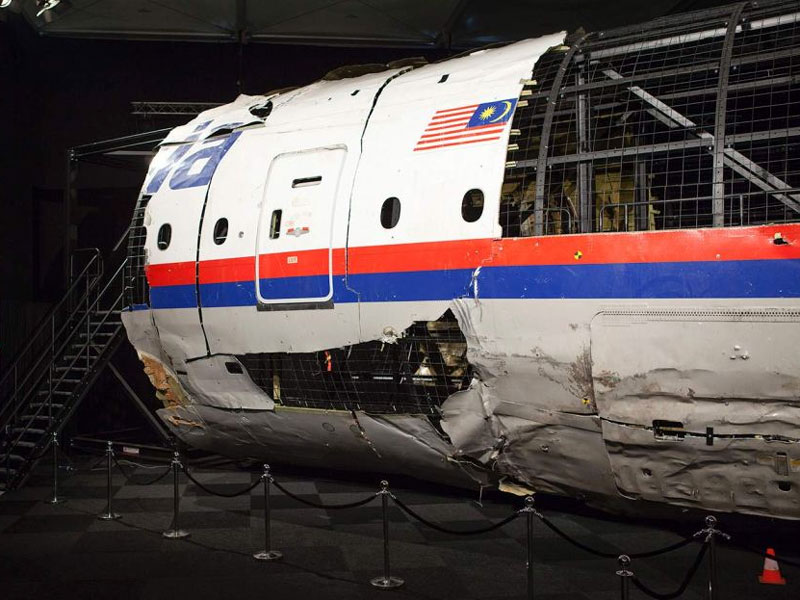 Prime Minister Malcolm Turnbull has vowed that the Government will do whatever it can to bring those responsible for downing Malaysia Airlines flight MH17 to justice.

Mr Turnbull addressed the House of Representatives hours after Dutch authorities released their final report into the tragedy, which stated that the flight crashed as a result of the detonation of a BUK missile fired from eastern Ukraine.

He said that the “murder” of the 298 people on board was a cowardly crime.

“Those who committed this crime must answer for it,” he said.

“We deplore the conduct of Russia using its Security Council veto in July to block the establishment of a special international criminal tribunal.”

Meanwhile, Qantas chief executive Alan Joyce told the National Press Club more could have been done to ensure MH17 was on a safe flightpath.

Mr Joyce said Qantas had robust procedures in place to assess risks but security information needed to be accessible to all carriers.

“I think what has been very clear is that the situation that happened over the Ukraine, I think more could have been done sharing information and intelligence to ensure that the operation of aircraft was safe over that path,” he said.

“If we believe that any air space had risks that were unacceptable and meant it wasn’t safe to fly through, Qantas would not be flying through them.

“But the information that we have, it is safe to do so.”

Australia ‘will not be bullied by Russia’

Mr Turnbull said Australia, led by Foreign Minister Julie Bishop, would continue working with Belgium, Malaysia, the Netherlands and the Ukraine to seek justice for the victims of the Malaysia Airlines tragedy.

“We will not be bullied by Russia,” he said.

“We, and all the nations whose citizens share our grief, are determined to do everything we can, no matter how long it takes to identify those responsible and bring them to justice.”

Opposition Leader Bill Shorten said the report was “another step in the unfinished journey to justice” and said work must continue to identify the perpetrators.

“But for those who mourn the loss of a loved one, even this will not be enough. Because grief is not ultimately about how someone is taken from you or even why. It is about who has gone and what you will miss,” he said.

“The unfinished conversations, the too-late statements of love, the plans for shared adventures, the familiar places and the memories you made there together, this is the lonely road of mourning.

“For some it means putting photos in a draw, unable to look upon them until the scars heal. For others it will mean putting up more photos than ever before.”