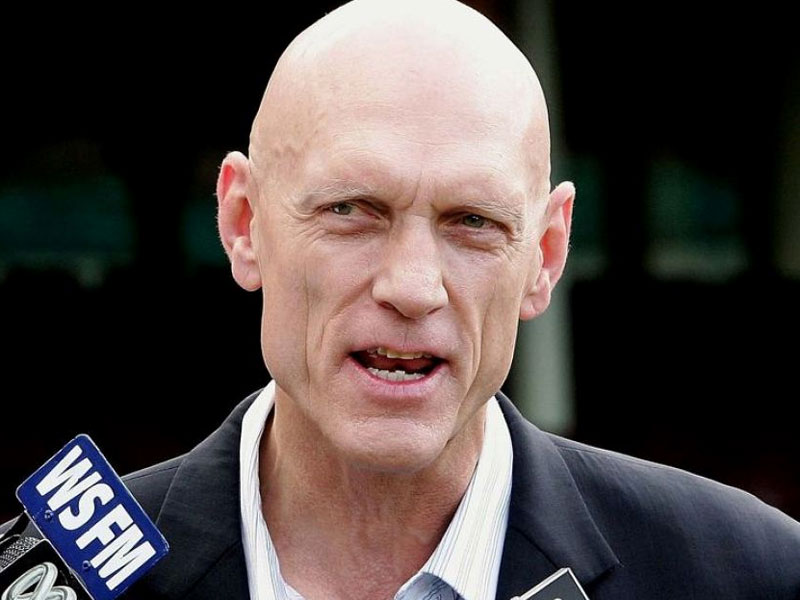 Former Labor minister Peter Garrett has sought to further explain his retraction of claims about an offer of cash from a representative of Clubs NSW, telling Lateline it was a “mis-memory”.

In an interview for a documentary to be aired on the ABC next week, Mr Garrett said that at a function for new MPs he was handed an envelope containing “hundreds if not thousands of dollars” by a representative of Clubs NSW.

The claim was also made in Mr Garrett’s recently published book, Big Blue Sky, but a clarification note was added to the book and Mr Garrett has issued a statement retracting his original remarks.

In the statement, he said the envelope contained a cheque made out to his federal electorate council, not cash, and that he returned it.

Mr Garrett said he realised the mistake when it was pointed out to him by someone who was present at the time.

“I incorporated my memory of the event, which was a mis-memory,” he said.

“I retained that conviction until such time as it was pointed out to me that it wasn’t the case.

“I’m human, I’m fallible, I made a mistake and as soon as I knew, I made sure that the record was corrected.”

He told Lateline he gave the donation back because he “didn’t feel comfortable with it.”

“It was a decision I took at the time, I hadn’t accepted donations of that kind previously and I didn’t accept this one,” he said.

Mr Garrett did however accept several donations from the Randwick Labor Club during his time as the Member for Kingsford Smith.

Last year, more than $5 million of the club’s $8.6 million in revenue came from poker machine takings.

Mr Garrett said there was a difference between the Randwick Club and Clubs NSW, which is what he described as a “peak body organisation”.

Mr Garrett said later in his political career he decided to stop accepting money from the Randwick Club because of its reliance on poker machine revenue.

“The clubs did have a social function, a social purpose and they did provide support for community groups and others,” he said.

“But at the same time, as we learnt more about the kind of harm that could happen, particularly to problem gamblers and the numbers of people in the electorate that were doing that, it seemed to me that the kind of reforms we were talking about years later, were worthwhile supporting.”

Independent MP Andrew Wilkie last week said he was planning to refer the matter to federal and state police, Electoral Commissions and the NSW Independent Commission Against Corruption.