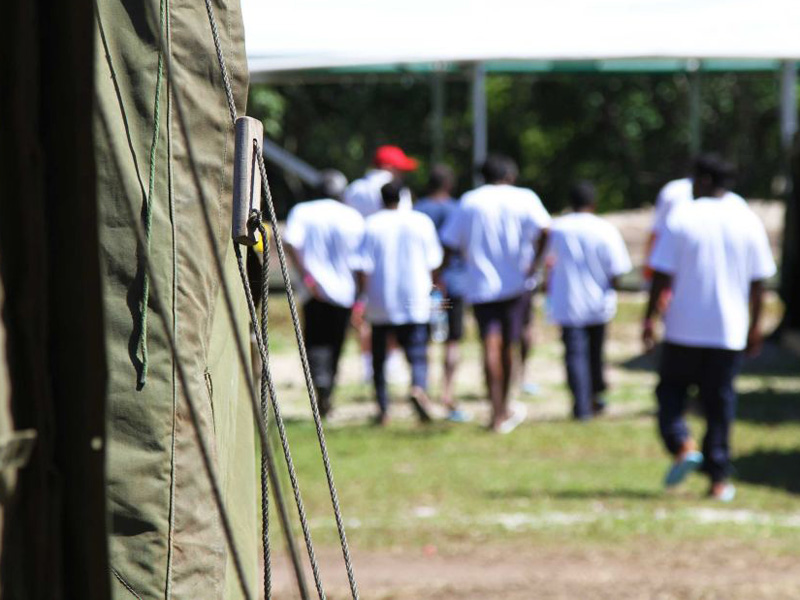 Save the Children workers in Nauru have been searched and had their phones and computers confiscated after the charity’s office was raided by Nauruan police.

Australian Border Force officers watched on as staff were told to step away from their desks by local police on Saturday afternoon.

A spokesman for the Department of Immigration said Australian Border Force had no role in the raid.

Save the Children staff were accused of leaking information about the Australian-funded detention centre.

The aid and development agency, which assists a number of Pacific nations, denied the accusation.

“Save the Children is assisting the Nauru Police Force with its inquiries,” acting chief executive officer Mat Tinkler said.

It is understood those items were either encrypted or password-protected.

Tension and distrust between Save the Children, the Nauru and Australian governments have increased over the past 12 months.

In October last year, nine Save the Children staff members were deported from Nauru after being accused of encouraging asylum seekers to self-harm and fabricate stories of abuse.

Then-immigration minister Scott Morrison said at the time: “If people want to be political activists, that’s their choice but they don’t get to do it on the taxpayers’ dollar and working in a sensitive place like Nauru.”

The nine workers were later cleared in an inquiry led by former integrity commissioner Philip Moss.

“Our staff have a history of behaving with great integrity, compassion and professionalism in their work on Nauru,” Mr Tinkler said.

“We have no reason to believe that our staff have acted inappropriately.”

In August, Save the Children was told its contract at the Nauru detention centre would not be renewed.

Transfield will provide education, child protection and welfare services when Save the Children’s contract expires on October 31.

Around 60 Save the Children workers are still on the island.

The ABC has not received a response from Nauru police.

Save the Children office raided by police in Nauru