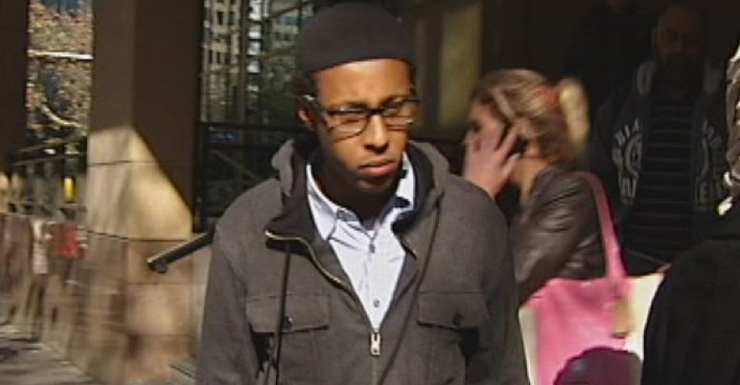 A New Zealand citizen living in Melbourne will remain in immigration detention after being found guilty of attempting to join the conflict in Syria.

Amin Mohamed, 25, had a one-way ticket to Istanbul booked for September 21, 2013, when he was stopped at Brisbane airport and prevented from leaving the country.

His New Zealand passport was cancelled.

Mohamed had quit his job just two weeks after being promoted, telling his employer his mother was terminally ill and he was taking her to her home country to die.

He told authorities he was stopping in Istanbul on his way to Denmark to meet his fiancee.

He denied planning to join the conflict in Syria.

A Victorian Supreme Court jury found him guilty on Tuesday of three counts of attempting to enter a foreign state to engage in hostile activities.

Before his arrest, Mohamed, who had been living in Sunshine West, had been recorded discussing travel to Syria with a man named Handi Alqudsi.

Early in September 2013, Alqudsi told Mohamed he had just received a message from overseas about a “big job” involving “1500 brothers” that was coming up.

Mohamed used four different phones to communicate with Alqudsi, and referred to other travellers as “doctors” and “soccer players”. He called Alqudsi “the coach” and referred to Istanbul as “Isabelle”.

The three charges relate to his application for a NZ passport, the ticket he booked and the fact he accepted the contact details of a man named Omar.

Relatives cried in court when the verdict was read out.

Mohamed is being held in an immigration detention centre as his visa has been cancelled.