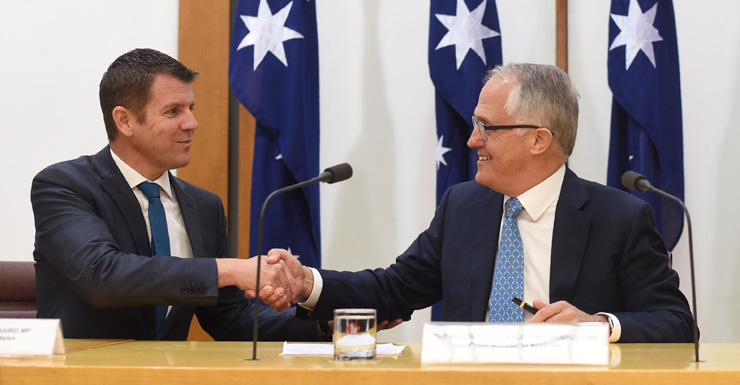 The Australian government has signalled it will attempt to expand the nation’s anti-terrorism laws to enable the detention of suspects as young as 14 in the wake of the Parramatta shooting.

An exclusive report in The Australian attributed to the government said the age limit on a measure known as a “control order”, currently set at 16, would be lowered under the change, which will reportedly be introduced to Parliament in coming weeks.

The changes come in response to the Parramatta shooting attack in early October, which was carried out by high school student Farhad Jabar, 15.

A person can be issued a control order if it “substantially helps prevent a terrorist attack”, according to the Attorney-General’s department website.

That suspect can be held for up to 12 hours if he or she is suspected of being involved in a terrorist attack.

In a letter to Mr Turnbull, Mr Baird called for a list of new measures based on British laws, according to News Corp: “The act of terrorism at Parramatta was a clear demonstration that we need to strengthen powers to prevent terrorist acts and improve law enforcement’s ability to respond to the changing terrorism environment,” Mr Baird said.

“The terrorism environment in Australia is shifting quickly, with younger people ­becoming involved, and we need to respond just as swiftly.

Mr Baird also asked the Turnbull government to extend the time a suspected terrorist can be held without charge by the states, from 14 days to 28 days.

On Monday, a magistrate granted the Australian federal police an extra 68 hours to detain Raban Alou, 18.

Alou was arrested in terror raids linked to the Parramatta shooting.

NSW argued that current powers are not long enough for questioning.

Mr Baird also wants judges to be able to consider information that can be withheld from the suspect.

Currently, a suspect is allowed to see the reasons he or she was detained under a preventative detention order.

Mr Turnbull said in question time yesterday that the death of police accountant Curtis Cheng, 58, in the Parramatta shooting needed a “resolute and unrelenting” response.

“Our determination to prevent and or punish those who carry out or plan acts of terrorism will be resolute and unrelenting,” Mr Turnbull said.

“Everything we say on this issue is carefully calculated to make our community safer. Everything we do is ­designed to ensure that our police and our security services at every level of government are better able to do their job.”