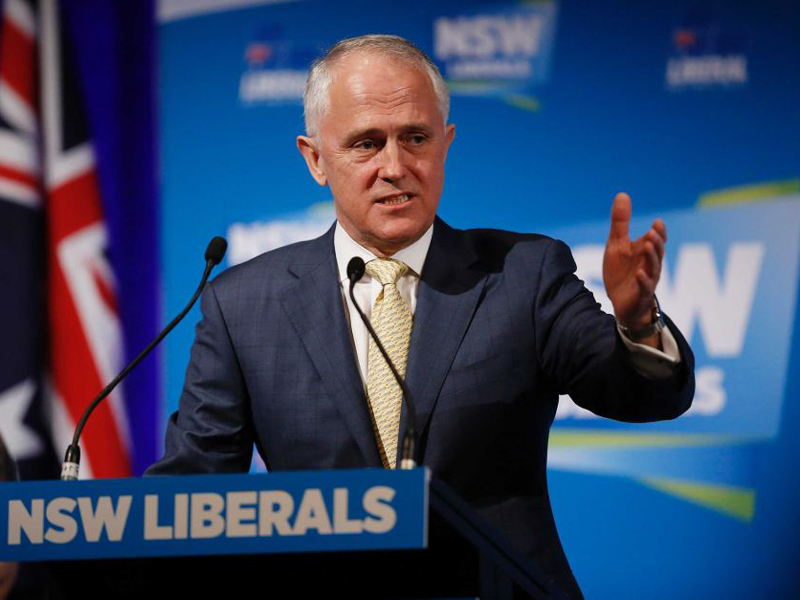 Prime Minister Malcolm Turnbull has been met with laughter and jeers from Liberal Party members at the New South Wales state council, after claiming the party is not ruled by factions.

Mr Turnbull took the opportunity to express his thanks to his predecessor Tony Abbott, saying he took the Liberals out of the wilderness of opposition.

Those remarks were met by applause, but not all of the prime minister’s comments were met with support from the party faithful, particularly when he turned to what he believes makes the Liberal Party great

Mr Turnbull said the Liberal Party was a broad church, with members from a wide variety of backgrounds.

“We are not run by factions,” Mr Turnbull said, a statement met with laughter and groans from the audience.

“Well, you may dispute that, but I have to tell you, from experience, we are not run by factions, nor are we run by big business, or by deals in back rooms.

“We rely on the ideas and the energy and enterprise of our membership.”

There have been reports of unrest within Liberal ranks over the leadership challenge that saw Mr Abbot ousted from power.

Mr Turnbull has previously denied the claims, saying the party membership is happy with the transition.

It is believed the state council was the first public event attended by both Mr Turnbull and Mr Abbott since last month’s leadership challenge.

“We endeavour to take those values, turn them into policy, to win government and hold government and in doing so, we do that with no object in mind other than the advancement of Australia,” Mr Turnbull said.

“He took us out of the wilderness of opposition and took us back into government and achieved great things, great reforms, great commitments.

“He has helped build the future of our economy, he has helped ensure the prosperity of our children and grandchildren and our nation and our party and I say to you as his successor, all of us owe him an enormous debt.”

“There has been change since last state council, and obviously we have a new prime minister and that means that Tony Abbott is no longer our prime minister,” Mr Baird said.

“And let’s be honest, that is difficult, no doubt about it — for some of us it is still very raw.

“But ultimately, I want to say this: Tony Abbott is a great mate, he is a great Australian, and he has a track record for which he should be very, very proud.”

Turnbull jeered by own party