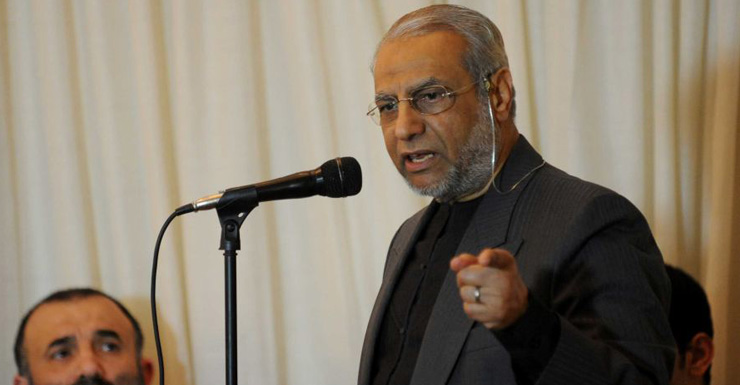 The Grand Mufti of Australia – Dr Ibrahim Abu Mohamed – spoke to the media on Friday morning (AEDT), in response to the attack and subsequent raids on Sydney houses on Wednesday.

Speculation has been rife about the attack by Farhad Jabar, 15 with reports saying he was motivated by Islamic extremism.

Speaking through a translator, Dr Abu Mohamed stressed “it is not just a religious problem”.

“We say to those who supported [the attack], stop messing with Australia and its society.

“We refuse and reject any form of terrorist activity … whether this, if it’s proven to be a terrorist act, or any other one.

Last Friday, Jabar allegedly walked from a mosque to a nearby police station in Parramatta where he shot Curtis Cheng, 58, from close range.

Jabar was killed by police soon after.

It has been reported that the teenager had been recruited by Australian men with terrorism links to carry out the attack, because they were under too much surveillance to do it themselves.

The Grand Mufti also refused to label the attack as terrorism. He said that he would leave such definitions to law enforcement authorities.

“We are not an investigation agency. We can not redefine and readapt what happened,” he added.

He said there needed to be better communication between the Muslim community in Australia and security officials, education departments and government.

“We also need one more vital thing which you can help us achieve,” the senior cleric said.

“We want proper forums of dialogue between us and the rest of the Australian society so that we can engage into learning exercises and refute any misperceptions.

“We believe that dialogue is the pre-requisite of understanding.

“We have youth programs and we have Australia-born imams. We try to achieve connection with the ministry of education for school visits.

He also said the Muslim community will be in contact with the family of the victim and the shooter from Friday’s attack.