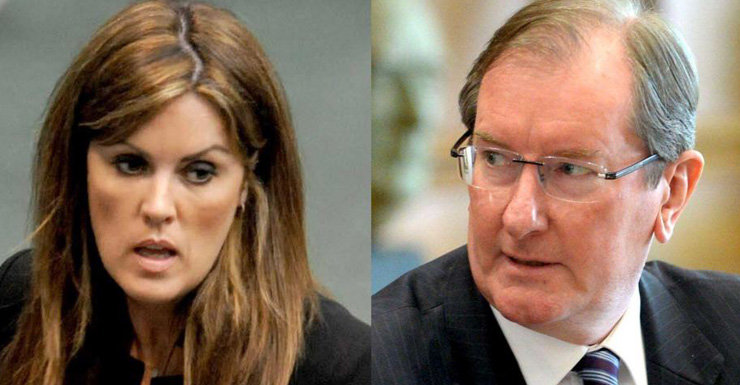 The Liberal Party’s famed and feared leadership trio no longer holds any position of power in the party.

First went Tony Abbott and with him his chief of staff Peta Credlin. Now, her influential husband is gone too.

The federal director of the Liberal Party – Brian Loughnane – confirmed on Thursday he would resign from his position.

Mr Loughnane said in a statement on Thursday, that with Tony Abbott no longer Prime Minister, it was the right time to step down.

“With the recent changes in the parliamentary leadership and the consequent need to review our planning for the next campaign, I believe now is an appropriate time for the Party to appoint a new Federal Director to lead the organisation into the next campaign,” Mr Loughnane said.

Mr Loughnane is married to Mr Abbott’s former chief of staff, Ms Credlin. It was a point of constant contention during the ex-PM’s reign.

The relationship was described by former Liberal Party Treasurer, Phillip Higginson, as a conflict of interest in a letter publicly venting strong privately held criticism of the power couple from elsewhere within the party.

Mr Higginson’s testimony was one of the many leaks and shots from inside the Liberal Party fired at the Abbott-Credlin partnership during the former Prime Minister’s time in office.

Mr Lounghnane will leave the role in early 2016. He had been in the role for 12 years.

“My time as Federal Director has coincided with one of the most remarkable periods in Australian history,” Mr Loughnane added.

“His campaign skills, astute political advice, efficient party management and wise counsel have been appreciated by every Leader he has served, including me,” Mr Turnbull said.

“Lucy [Turnbull] and I wish Brian and his wife, Peta Credlin, every success in their future endeavours.”

There was also speculation that the relationship between Mr Turnbull and Mr Loughnane was strained, according to the ABC.

In a statement to Liberal supporters, Mr Loughnane said he told former Prime Minister Tony Abbott before the last election that the 2013 campaign would probably be his last.

New South Wales state director Tony Nutt is being touted as a replacement for Mr Loughnane, according to the ABC.

He helped fundraise in the Warringah electorate in the early stages of Mr Abbott’s political career.

“Brian told me many months ago that he was keen to move on when the time was right. The change in parliamentary leadership provides the perfect opportunity for renewal,” he said.