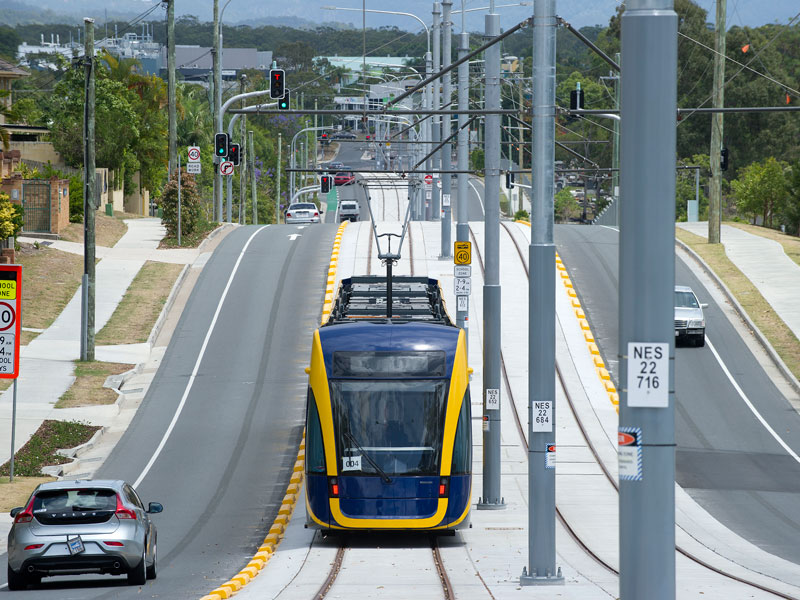 In a speech to the Queensland Media Club on Thursday, opposition Leader Bill Shorten announced his party’s plan to prioritise 10 infrastructure projects across the country.

Advisory body Infrastructure Australia (IA) would also be given increased powers to broker deals and be at the “centre of capital investment”.

• Should you invest in infrastructure? What to consider
• Falconomics: an economy at the crossroads
• ‘Catching the train’: Turnbull’s sly dig at Bronwyn Bishop

“Australia needs to have the best infrastructure market possible, one which takes a generational approach… priced efficiently, internationally attractive and competitive and providing a return to the community, directly and indirectly,” Mr Shorten said.

“This is necessary, this is achievable, and it is important right now.”

A $500 million spend on upgrading a 176km section of Tasmania’s Midland Highway was also reaffirmed.

Although he did not detail how much the ALP would commit to the short-listed projects, he said government could not fund them alone.

Superannuation funds would fill the gaps, which would capitalise on their growing value – estimated to reach about $4 trillion by 2025.

“We should be putting some of this money to work on nation-building,” Mr Shorten said.

“Labor will empower Infrastructure Australia to structure deals, engage private sector partners and work closely with state governments to take projects on the priority list from the drawing board to construction.”

But even before the announcement was made, Queensland’s Liberal National Party hit out at the plan and labelled it a “thought bubble”.

“These are all questions which haven’t been answered, or been properly addressed from what we know so far.”

The Queensland Government committed $100 million, but more was needed.

“We are favourable, but not committed,” he said.

The Opposition said the new-look organisation would encourage private sector investment, including from superannuation funds, and would only fund projects expected to deliver a return.

“Long-term national projects should not be at the mercy of short-term political timetables or petty partisanship,” Mr Shorten said.

“Labor will improve the way all infrastructure projects are assessed, structured and selected to secure a bankable, stable pipeline of long-term work.”

“This latest idea from the leader of the Opposition adds to a list of ideas that count for more than $50 billion worth of spending,” Ms O’Dwyer said.

“So we also look forward to the leader of the Opposition outlining how it is that he will pay for these ideas.”

Labor’s $10b plan for Australia