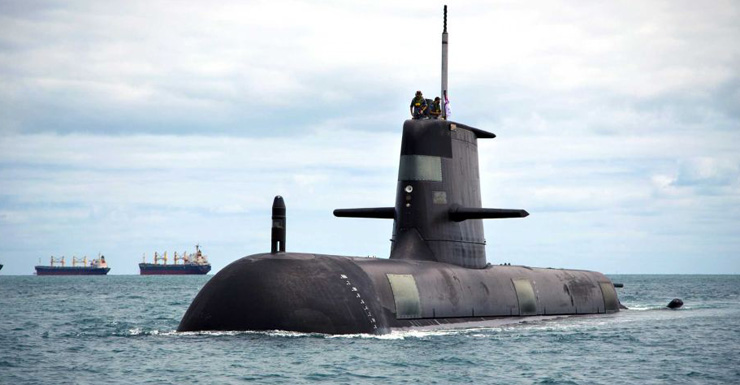 The defence official who was in charge of Australia’s Future Submarine Project has warned the government to take more time to consider its options or risk bungling the $50 billion project.

Former Defence Materiel Organisation (DMO) boss Warren King said Japan, France and Germany had not been given enough time to present their rival bids to help build the country’s next generation of submarines.

“To rush the start of the project in order to meet what’s perceived to be immediate jobs — against the opportunity to create a competent, capable, efficient industry — that can go on functioning for decades and decades needs to be balanced out,” Mr King told the ABC.

Until February, Mr King was the chief executive of the now abolished DMO, which controlled around $12 billion in annual military spending.

Speaking publicly for the first time about Australia’s most expensive defence contract since leaving his old job, Mr King has urged the government to extend its competitive evaluation process for the new submarines.

“I would say somewhere between nine months and 12 months would be most likely,” he said.

Mr King, who now works as a consultant for CMAX Advisory, said he also did not believe Australia was best placed to construct the first of the new subs.

“My thought on this would be to start the build, most likely with the first one or two submarines being built in an experienced yard that’s currently building submarines,” he said.

Former Prime Minister Tony Abbott was forced to announce a competitive bidding process earlier this year after nervous South Australian MPs thought he had reached a deal with Japan to build the submarines overseas and not in Adelaide.