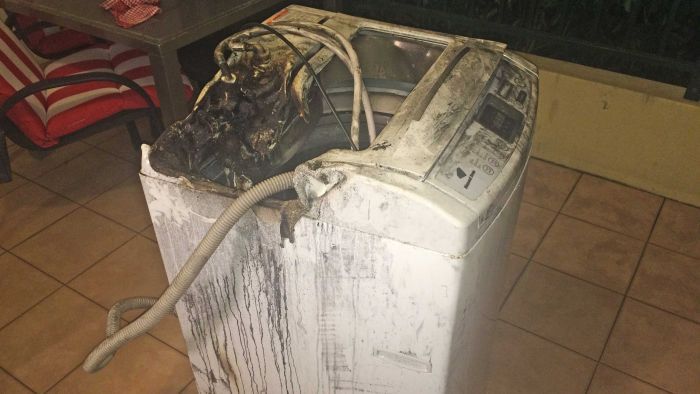 Chances are you’ve probably been stung by one of Australia’s shonkiest products.

CHOICE has named Samsung, Coca-Cola, NAB and IKEA in its annual Shonky Awards this year.

Celebrating the 10th year of the awards at a ceremony in Sydney on Wednesday, CHOICE took the opportunity to lampoon the brands that misled consumers.

The 2015 CHOICE Shonky Award winners are …

… for its exploding washing machine recall

There are still 58,000 of these “potential fire hazards” in Australian homes.

Despite the widespread problem, Samsung claimed advertising a recall on television to alert customers to the danger was not necessary, according to CHOICE.

… for its sugar claims

Seems legit? Not so, said CHOICE.

The Global Energy Balance Network advocates that “energy balance” – lowering the difference between calories consumed and calories burned – is the key to ending obesity.

Experts have been “alarmed” by the network’s claims, The Guardian reported in August.

… for its interest rate games

… for its rubbery definition of leather

The Swedish furniture and home giant listed couches made from polyester and polyurethane materials in the “leather sofas and armchairs section” of its Australian website.

… for failing the flush test

CHOICE found this to not be the case.

It even launched a campaign to make Kleenex remove the claim from supermarket shelves.

A product must be pretty bad if a whole industry is dragged on stage to accept a Shonky award.

These are the companies who dish out instant loans, only to charge exorbitant interest rates.

Consumers then become stuck in a constant cycle of lending and repayments. This is crippling, as was proved in an ABC Four Corners investigation into the industry.

CHOICE described the industry as: “a school of predators, telling consumers to take out high interest loans so they can devour them in frenzy of debt”.

… for its washing balls

Nanosmart said its laundry ball would allow you to wash without washing powder.

Only problem is, when CHOICE tested the ball, it found just plain water did a better job.

For claims that their $50 balls with “infrared rays” and “bio-ceramic” qualities worked, Nanosmart won a Shonky.

… for those mischievious Tiny Teddies

According to CHOICE Arnott’s created its own “school canteen – meets amber guidelines” logo to show its product was helping consumers make good choices.

Even though those same Tiny Teddies are covered in 100s and 1000s confectionary treats, which do not fall within the national guidelines for canteens.

So for selling confectionary to kids under the guise of a healthy treat, Arnott’s were also on the winners’ list.