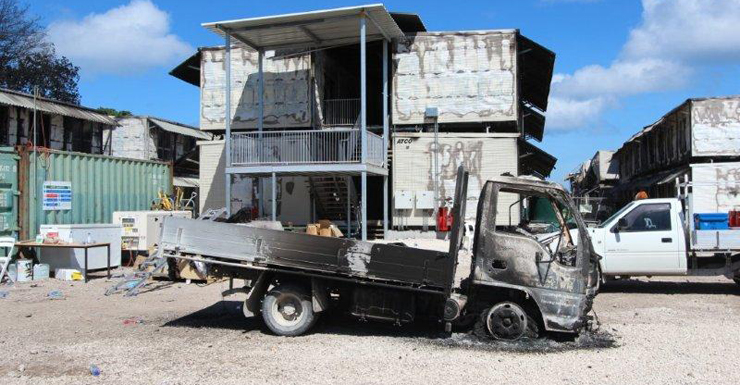 The legality of Australia’s role in the Nauru immigration detention centre is to be examined by the full bench of the High Court on Wednesday, with possible implications for the government’s entire offshore detention policy.

The test case funded by the Melbourne-based Human Rights Law Centre will be brought in the name of a female asylum seeker from Bangladesh.

The woman and her 10-month-old baby were recently transferred from Nauru to Australia for medical treatment, and face imminent return.

Lawyers for the woman were expected to argue the Australian government has no legal power to fund such an offshore facility as the Nauru centre.

“We know the government has some power to detain people in Australia and some power to remove people from Australia. But it’s another thing altogether to then spend billions of dollars funding and facilitating the detention of innocent people in other countries,” Mr Webb said.

“We sometimes lose sight of just how extraordinary it is for Australia to be underwriting and actively participating in the detention of people in other countries. We know it’s harmful and we know it’s expensive. This case will test whether it is legal.”

The hearing was scheduled to last for two days.

A ruling in favour of the Bangladeshi woman could set a precedent affecting the detention centres on Nauru, Papua New Guinea and Manus Island.

Earlier this week, the Nauruan government announced it would allow asylum seekers to roam the island nation at will, and would process the outstanding refugee claims of all 600 asylum seekers within a week.

The United Nation’s refugee agency praised the new open-centre arrangement as well as plans to clear the claim backlog.

The moves were in line with its global strategy to end the detention of asylum seekers and refugees and which calls on states to pursue workable alternatives, the UN said in a statement.