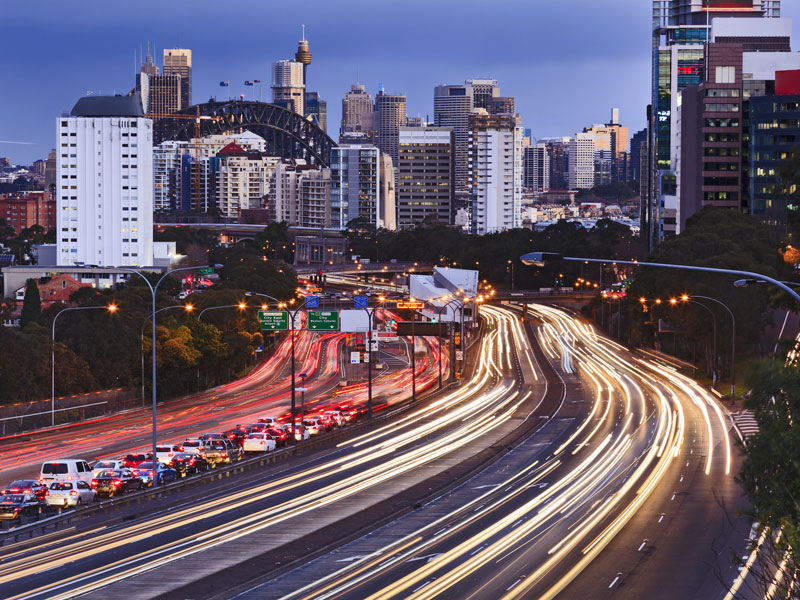 Australian cities could “grind to a halt” unless there is a major rethink on urban transport, a report from the Australian Council of Learned Academies (ACOLA) has predicted.

The report, titled Delivering Sustainable Urban Mobility, called on people – not cars – to be prioritised in future planning of urban areas, in order to sustain a high quality of life.

Currently, more than 60 per cent of children are driven to school – contributing to about 17 per cent of peak traffic and childhood obesity.

In monetary terms, the cost of traffic congestion – delays, harmful emissions and stress that results from being stuck at a standstill – was estimated at $13.7 billion in 2005.

An Australia Institute report earlier this year predicted the country’s population would reach 39.7 million in 2055 and warned infrastructure spending was not keeping up with this growth.

ACOLA supported those findings and found infrastructure quality “lags” behind other comparable nations, despite government and private companies pouring money into it.

A predicted $364 billion must be spent in the next 10 years to catch up.

“[The time to act] is now,” chair of the report’s Expert Working Group, Dr Bruce Godfrey, told The New Daily.

“I know the sort of planning doesn’t [necessarily] result in change quickly, we are talking about long-lived assets, that cost a lot and deal with people, so there has to be appropriate levels of consultation and planning.

“But why don’t we start with that philosophy now.”

Some cities ‘lag’ behind

Some cities were better placed for creating a sustainable urban transport environment, according to Curtin University research fellow Jemma Green.

“The Gold Coast has just built a light rail system and the patronage on that has far exceeded the estimates – they are already planning to extend it,” she said.

“Melbourne has done a great job, it is so easy to get around on trams and the heavy rail.”

But Perth has been a “laggard” despite both political parties campaigning strongly for the installation of light rail in the 2013 election.

“When Tony Abbott came to power he said there was no funding for rail, and the West Australian state government then said they would put in buses because they are cheaper, but the public didn’t buy it,” Ms Green said.

“So for two-and-a-half years we have been wasting time on whether to progress light rail.”

But with the change in leaders – and a softening of the stance towards public transport – these projects had become more viable.

There was “no silver bullet” to improve the “very complex” issues facing urban transport, but public transport and “smarter” vehicles were part of the solution.

The use of cars in Australian cities has been declining since the mid-2000s, but change outside of transport options was necessary.

‘Polycentric’ cities – which have multiple centres of business and recreation, unlike the traditional single central business district – were the future.

“A polycentric city reduces the distance between work and home, play and home, work and play,” Dr Godfrey said.

“But if we are going to see a change in the planning paradigm, someone needs to take a lead and move this discussion forward.”