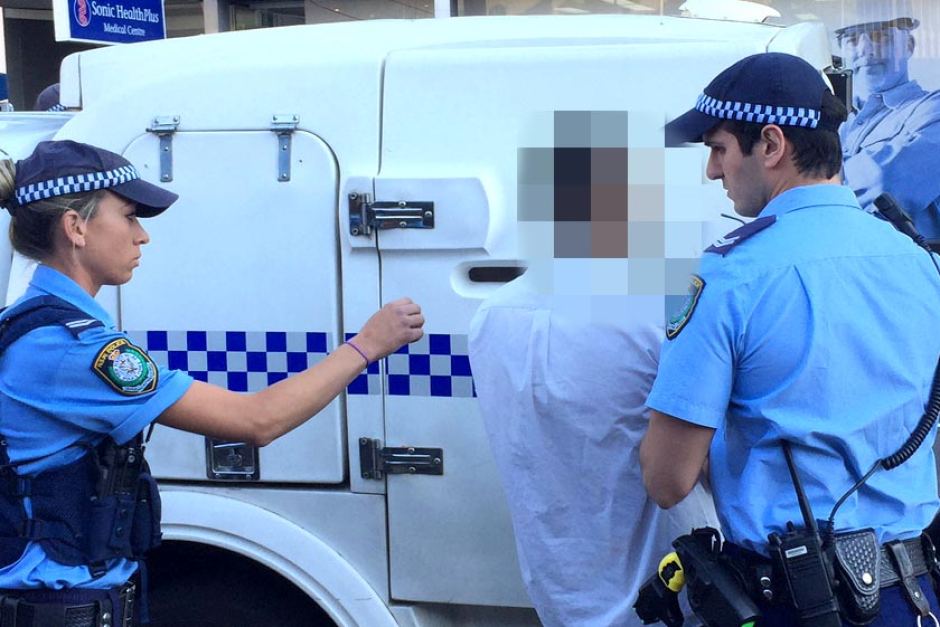 Police have raided the western Sydney home of a teenager charged with threatening a police station on his Facebook page.

The 17-year-old student, who attended the same school as the teenager who fatally shot a police accountant last week, was charged earlier on Tuesday evening with assaulting and intimidating police, two counts of resisting arrest and using a carriage to menace, harass and offend.

Police raided the teenager’s Guildford home and seized two laptops and other items. They were at the house for over an hour.

Neighbour Maggie Semaan said the student and his family were good neighbours.

“They’re very nice people. They’re quiet. We’ve never known that there was any trouble,” she said.

She said she was surprised to hear the teenager had allegedly threatened police.

“Shocked. What can we do? I know we have to be scared but I’ve known the people,” she said.

The teenager has been given strict conditional bail and will appear at a children’s court on November 9.

Police said they spoke to the teenage boy on his way to Arthur Phillip High School in Parramatta on Tuesday morning in relation to alleged posts on social media.

He was arrested outside the school.

It is alleged he posted a video on Facebook of New South Wales Police Commissioner Andrew Scipione addressing the public about the shooting with the caption “merryland [sic] police station is next hope they all burn in hell”.

Police said when they spoke to the student, he threatened and intimidated officers and he was arrested.

The Year 10 student was killed by police in front of the building after he fatally shot Mr Cheng.

There was a heavy police presence at Arthur Phillip High School on Tuesday morning, which is just metres from the scene of last week’s fatal shooting, as students returned for the first time since the attack.

The NSW Department of Education offered counselling services to students and teachers.

A number of students expressed their shock at the shooting incident, describing Farhad as quiet, polite and “a nice kid”.

Students who knew Farhad said he enjoyed playing basketball at the school.

Police raid home of 17yo student charged over Facebook threat