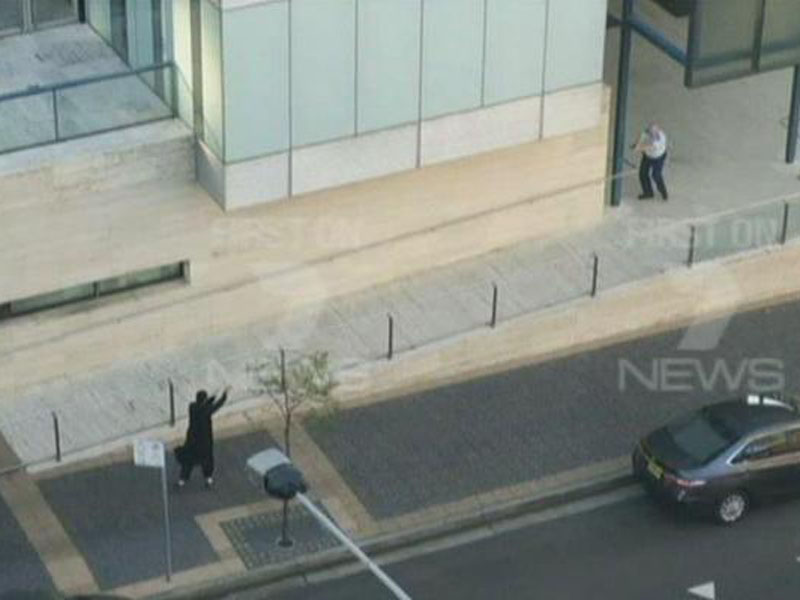 NSW police are beginning to piece together what motivated a 15-year-old high school student to murder during a terror-related shootout on Friday, which also claimed his life.

After calling the attack “politically motivated” and “terrorism”, NSW Police Commissioner Andrew Scipione said it was too early to tie Farhad Khalil Mohammad Jabar to a specific group or label it a lone-wolf attack, but links to a local mosque, and a group of men there, were being investigated.

As police investigators delve into the gunman’s mind and piece together the evidence, experts say teenagers are being radicalised much more quickly and at younger ages than ever before.

But the questions are how and by whom?

Jabar went to school at Arthur Phillip High School just 300 metres from the scene of the violence.

It’s understood he was acting alone but it was his brother who contacted police after learning of the shooting. His sister was believed to have flown out of Australia with all her personal belongings the day before the attack.

It was reported that he liked reality singing shows The Voice and The X Factor, and followed both Delta Goodrem and Guy Sebastian on social media.

Jabar’s visible online presence gave no warning of the violent attack he would go on to carry out on Friday. Officers said Jabar was not known to police, further clouding his possible motivations.

On Sunday, Jabar was described as “a normal kid” by a neighbour who spoke to The Daily Telegraph.

The man, who was not named, said he had never seen the teenager in the black robes he was wearing at the time of the incident, and usually wore western attire.

“Just everyday clothes jeans and t-shirt he was just a normal kid to be honest with you,” he said.

His family have not spoken publicly.

But following the incident, the 15-year-old gunman was labelled a “hero of the Islamic people” and “hero of Parramatta”, on a Facebook page set up in the teen’s memory called ‘RIP Farhad Khalil Mohammad Jabar’.

“Hero of the Islamic peoples he will be gratly [sic] missed,” the Facebook page said.

“Death to the evil police state of Australia who killed this young child all he is guilty of was being muslim!!”

It is believed that Jabar attended Parramatta Mosque a few blocks away before changing into black robes and heading to police headquarters on Friday afternoon.

A senior figure at the Parramatta mosque confirmed that police searched the mosque to look for a black backpack, which they believe Jabar used to carry the gun he used to kill 58-year-old accountant Curtis Cheng.

“We don’t know the boy, or where he lived because he’s not a regular person in the congregation,” Mr El-Kadomi told the ABC’s 7.30 program.

The program reported it was believed a small group of men at Parramatta Mosque encouraged the 15-year-old to attack.

The Seven Network reported that Jabar was at a lecture by extremist group Hizb ut-Tahrir at Parramatta Mosque right before the shooting. However, the group downplayed the claim as “speculation”, the network reported.

They were unable to confirm if Jabar was a member of a Hizb ut-Tahrir youth group or if he had just been there to hear the lecture. What motivated a 15-year-old schoolboy to kill?