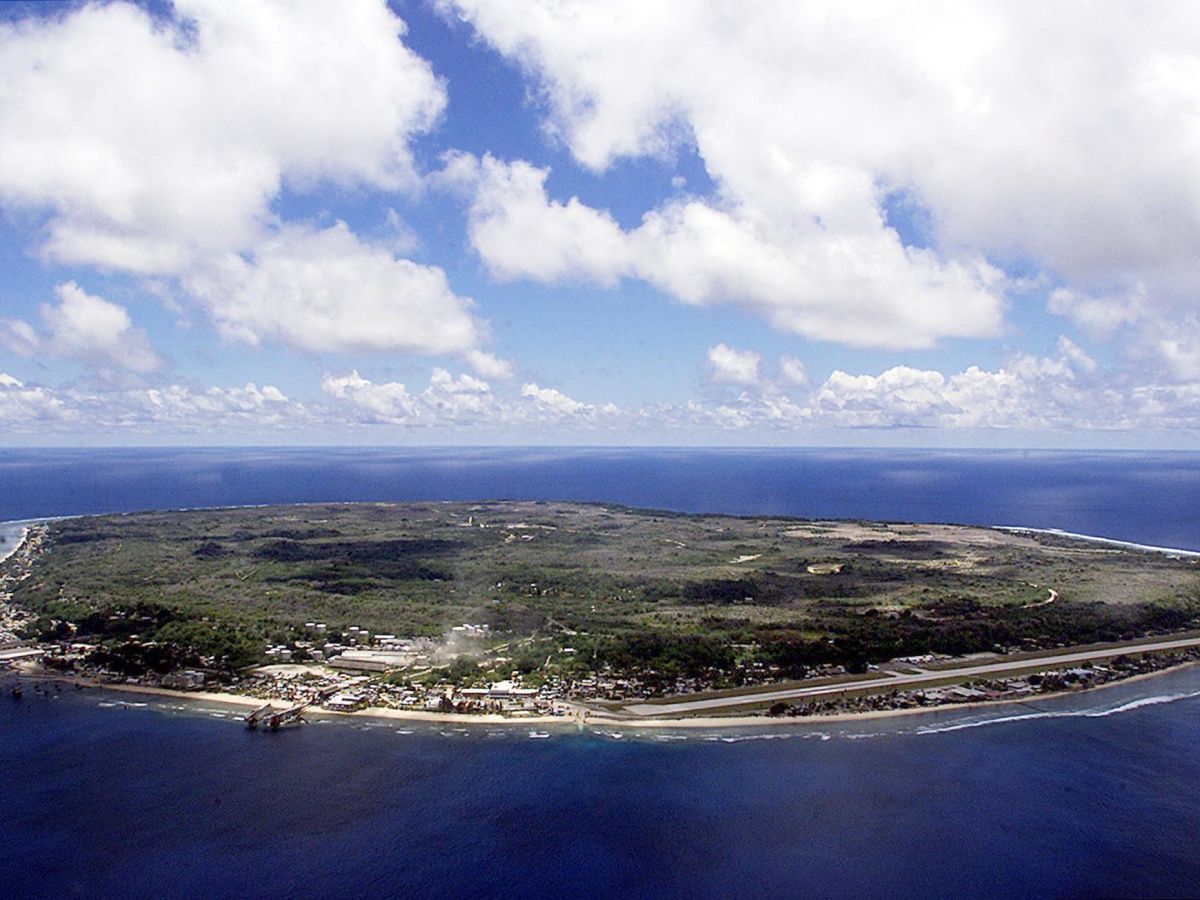 The Turnbull Government has welcomed news that Nauru will move to process all remaining asylum seekers, though questions have been raised over the timing of the announcement.

Refugees will be among those helping to resettle the remaining 600 asylum seekers in the Nauru immigration detention centre, according to a statement issued by the Nauru government.

Nauru’s government has promised to process all asylum seekers in its offshore detention centre still awaiting an outcome on their application for refugee status “within the next week”.

The decision comes just days before a legal challenge examining the Australian Government’s role in the centre’s operation.

The full bench of the High Court is scheduled to hear a challenge to the lawfulness of the Government’s role in offshore detention on Nauru on Wednesday and Thursday, according to the Human Rights Law Centre’s director of legal advocacy Daniel Webb.

Mr Webb told the ABC that the announcements were “quite clearly connected”.

“These announcements come more than three years after the first person was locked up on Nauru, but less than two days before the highest court in the country is due to access the lawfulness of that detention,” he said.

Mr Webb said that the hearings would still take place, and would question the legality of the Australian Government to be “underwriting and actively participating in the detention of people in other countries”.

The president of the Refugee Council, Phil Glendenning, also said the hearings may have “provided some sort of impetus” for the development.

Mr Glendenning told the ABC he held grave concerns for the safety of asylum seekers if they remained on Nauru, adding that the Australian Government had a “very serious” responsibility to ensure their safety.

“For all intents and purposes, Australia is the architect of this,” he said.

The Nauruan government will more than double the number of staff involved in dealing with claims to 320, to deal with the week-long timeframe.

Community liaison officers, including 30 people who have already been granted refugee status, will process the asylum seekers.

Nauru has also announced the centre will become an “open” facility 24 hours a day from Monday.

It means detainees will be free to move around the island.

This will include increased assistance from Australian police, as well as increased health care and overseas medical referrals.

Mr Adeang said his government had been working towards a “more compassionate program” for a long time and had been waiting on confirmation of assistance from the Australian Government.

“The start of detention-free processing is a landmark day for Nauru,” he said.

Immigration Minister Peter Dutton has welcomed the announcement, but is yet to provide detail on Australia’s involvement.

In a statement, Mr Dutton said the Government had been funding service providers and deploying police officers, including two advisers.

He said that support would continue through funding of a contracted service provider.

Processing timeframe ‘a recipe for anarchy and violence’

Greens senator Sarah Hanson-Young said she questioned the capability of the Nauruan government to process the hundreds of claims within the short timeframe.

Senator Hanson-Young urged Prime Minister Malcolm Turnbull to bring the asylums seekers to Australia, and said he should “stop spending Australian taxpayers’ money on this hellhole”.

“We know there is no long-term solution for people to stay in Nauru,” she said.

“There is no life for families to be kept, in limbo, on the Nauru island.”

Massive. 600 asylum seekers on Nauru to be processed within the week and detention camp opened: pic.twitter.com/bABjG3mEXa

Senator Hanson-Young also cited concerns for the safety of women on the island, referring to a recent ABC report detailing abuse suffered by one woman.

“It’s not safe in the camp for these women, and it’s not safe outside the camp,” she said.

“I’m not convinced that sending a few more Australian police officers to Nauru is going to change the fundamental issues of security for that island and for those families.”

Labor MP Melissa Parke weighed in on the announcement on social media, tweeting that “‘freedom’ for genuine refugees in Nauru means freedom to be raped, assaulted and ignored”.

In a statement, Independent MP Andrew Wilkie also called for the Turnbull Government to bring detainees to Australia for processing instead of leaving them on Nauru.

“There is no way the Nauru government would do this without the encouragement and imprimatur of the Australian Government,” he said.

“The Republic of Nauru is virtually a failed state and the government only survives with the benefit of Australian financial and other assistance.”

Save the Children has urged the Australian Government to identify sustainable third country resettlement options for refugees whose claims are successfully processed.

A statement issued by the aid agency, which has provided services at the centre since 2013, said that countries needed to have a proven track record in providing adequate services for refugees.

“Now, more than ever, a permanent and sustainable solution is needed to provide clarity and a sense of hope for the future for those on Nauru,” Save the Children acting chief executive Mat Tinkler said.