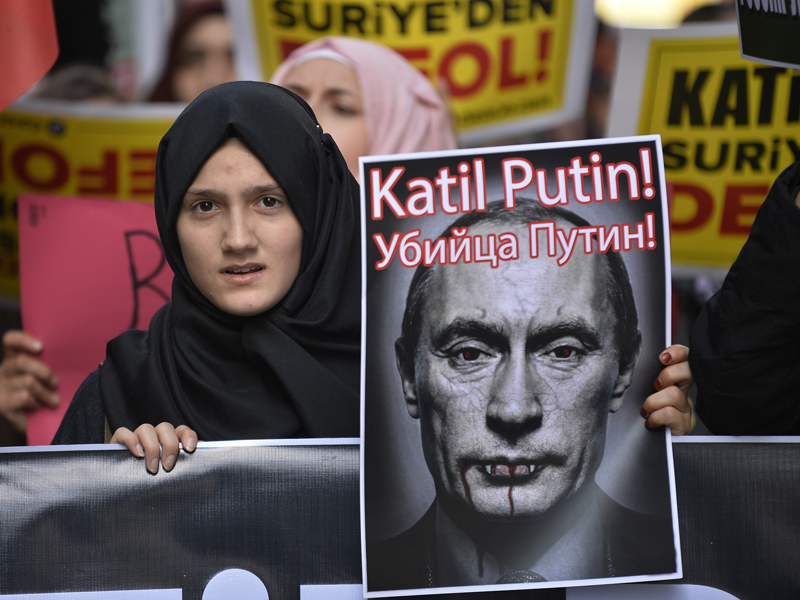 Russia’s motivations in the Syrian conflict go beyond targeting Islamic State (IS), Foreign Minister Julie Bishop says, as Russia announces it will intensify air strikes in the war-torn country.

Ms Bishop told the ABC’s Insiders program the situation in Syria had become more complicated as a result of Russia’s intervention.

“There’s no doubt that they claim to be targeting ISIL … Daesh,” she said.

“There have been a number of statements by both president Putin and foreign minister Lavrov, but we understand that they are also broadening their attacks into part of Syria where ISIL or Daesh are not apparent and so it would appear that Russia’s motivations go beyond just targeting Daesh.”

Moscow said its military intervention was weakening IS militants but some Western powers said it aimed to support president Bashar al-Assad.

A senior Russian military officer said Russian jets based in western Syria had carried out more than 60 sorties in 72 hours across the country.

“We will not only continue strikes … we will also increase their intensity,” said Andrei Kartapolov from the Russian army.

Russia’s air campaign in Syria, where a US-led air coalition and ground troops from regional states are already entangled in a four-year-old civil war, has drawn strong criticism from the United States and its allies.

President Barack Obama, wary of military commitments in the Middle East after America’s costly war in Iraq, warned Russian leader Vladimir Putin he was defending a crumbling authoritarian ally and could be sucked into a “quagmire”.

Who did Russia target in Syria?

Britain’s defence minister said only one in 20 Russian air strikes in Syria were aimed at the hardline IS forces, which control large parts of eastern Syria and western Iraq.

Michael Fallon accused Russia of dropping unguided munitions on civilian areas, and against Mr Assad’s Western and Gulf-backed enemies. Russia said it was targeting IS with precision bombs, and the raids were having an impact.

“The strikes were carried out around the clock from the Hmeymim air base along the whole depth of the territory of Syria,” Mr Kartapolov said, referring to an airport near Syria’s Mediterranean coast where Russian jets are based.

“Over three days we were able to undermine the terrorists’ infrastructure and significantly reduce their military potential.”

The British-based Syrian Observatory for Human Rights said at least 39 civilians had been killed since the start of the Russian air strikes on Wednesday.

It said 14 fighters, mostly IS militants, had also been killed.

Russia said in the last 24 hours it had targeted a command post and underground weapons bunker near Raqqa, the eastern Syrian stronghold of the IS militants, as well as a weapons store in Maarat al-Numaan.

Maarat al-Numaan, in Syria’s northern province of Idlib, is not known as an IS base.

A video shared online showed air strikes in Idlib, where local activists reported that an archaeological area was believed to have been targeted by Russians.

Most fighters in the area are from the Al Qaeda-linked Nusra Front, the Islamist Ahrar al-Sham and other insurgent groups, according to the Syrian Observatory for Human Rights monitoring group.

Some were trained in the use of guided anti-tank missiles as part of an assistance program that, in some cases, included training overseen by the Central Intelligence Agency in countries including Qatar and Saudi Arabia.

This program is separate to the US Defence Department’s train and equip program aimed at fighting Islamic State. The anti-tank weapons, supplied by states opposed to Mr Assad, were an important factor in insurgent advances this year.