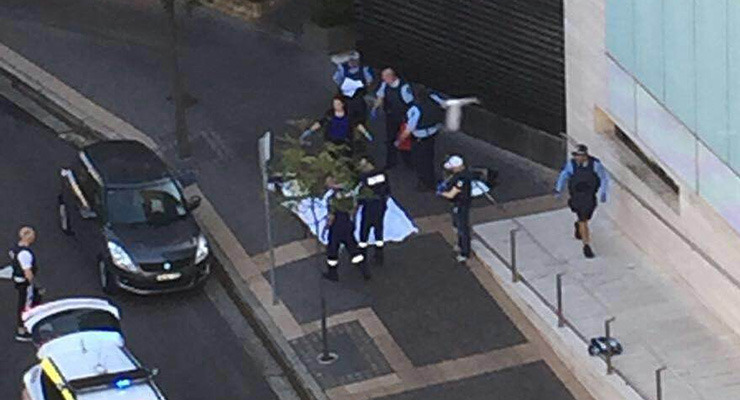 Families and community groups must lead the fight against acts of terror-related violence like the shooting death of a NSW police service worker on Friday, the government says.

The teen gunman – Farhad Khalil Mohammad Jabar, of Iraq-Kurdish background – shot and killed Curtis Cheng as the father-of-two was leaving work at about 4.30pm.

“It was doubly shocking because it was perpetrated by a 15-year-old boy and it underlines the importance of families, communities, leaders being very aware of whether young people are becoming radicalised,” Mr Turnbull said.

Foreign Minister Julie Bishop said the government wanted to work with leaders in the Islamic communities and families at a “grassroots level”.

“It’s the families that will be our frontline of defence against radicalised young people,” Ms Bishop told the ABC’s Insiders program on Sunday.

“So we will be working very closely with them.”

Dr Jamal Rifi, a Sydney-based GP who took part in a phone hook-up with the PM and other community leaders after the shooting, said people needed to know that by seeking help early, they were not going to get their kids or themselves in trouble with the law.

He made a special appeal to fathers.

“I have been awarded the title, the 2015 Australian Father of the Year, and through that title I am appealing to the fathers in the Muslim community to do the right thing by their family and by their country.”

Opposition Leader Bill Shorten has also called for the shooting to be seen as the actions of an individual.

“It is important to understand that the actions of one do not represent in any fashion the Australian Muslim community.”

It is believed that Farhad attended Parramatta Mosque a few blocks away before changing into black robes and heading to police headquarters on Friday afternoon.

A senior figure at the Parramatta mosque has confirmed that police searched the mosque to look for a black backpack which they believe Farhad used to carry the gun he used to kill Mr Cheng.

Police said the warrant was undertaken by arrangement with leadership at the mosque, who gave their full assistance to police.

Curtis Cheng’s family issued a statement on Sunday thanking the public for their condolences following the terror-related shootout outside the force’s Parramatta headquarters.

“We are deeply saddened and heartbroken that he has been taken from us, but we are truly grateful for the fruitful and happy life he has shared with us,” Alpha, Zilvia and Selina Cheng said, adding they were touched by a personal visit from NSW Premier Mike Baird and Police Commissioner Andrew Scipione.

Commissioner Scipione said Mr Cheng, 58, was a 17-year veteran of the police force’s finance department where he worked as an accountant.

“He was a much-loved man, [he had] been with us a long time. I don’t think I’ve ever heard anyone have a bad word about Curtis and he will be missed,” he said.

“Curtis was admired and respected by his colleagues. He was a gentle man in every sense.

“What has occurred is shocking and it is a very sad time for those who worked closely with him and all our employees.”

A police source said the victim was a Buddhist and of Hong Kong-Chinese background.

“You won’t find anyone in the cops who has a bad word to say about him,” the source said.

“He just walked out the door, Friday afternoon, on his way going home to his wife and kids. Shot dead. It’s just horrible.”