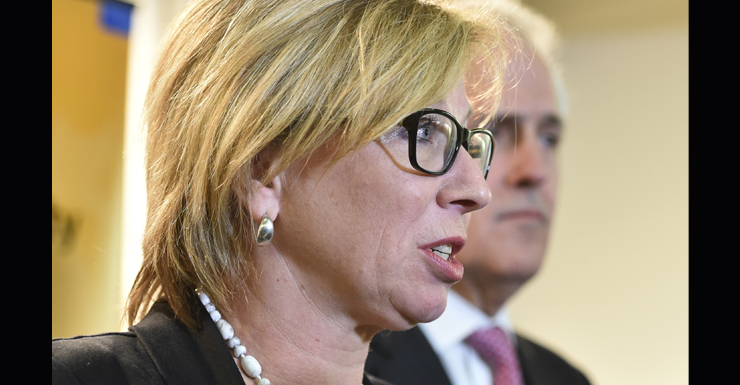 Australian of the Year Rosie Batty has called on the Prime Minister to close the “unsafe” and “dangerous” immigration detention centres on Manus Island and Nauru.

In an open letter to Mr Turnbull, Ms Batty and a group of academics said the Australian-run centres were a danger to women, children and men.

“These centres cannot be patched up. They must be shut down. The people forcibly held there are those who sought protection in this country,” she said.

“They deserve care, not punishment. Out of sight is not out of mind!”

The letter was drafted by Researchers Against Pacific Black Sites, a human rights advocacy group.

It was sent in response to new allegations that female asylum seekers were raped and sexually assaulted at the Nauru centre.

Prime Minister Turnbull described the allegations as “very alarming” on Thursday, but insisted the centres would remain open.

“Those of us who care about violence against women, children and other vulnerable people at home need to care about what happens to these same people elsewhere who are under our care,” Ms Batty said in the letter.

She joined the PM last week to announce millions of dollars in new government spending to combat domestic violence.

Ms Batty’s son Luke was killed by her estranged husband, prompting her to campaign on the issue.

The Researchers Against Pacific Black Sites group argues the government’s continued use of offshore detention is inconsistent with its domestic violence message.

Mr Turnbull’s stated position was that the detention centres, while “harsh”, were necessary.

The open letter was signed by many advocacy groups, including  the Women in Prison Advocacy, the Australian Muslim Women’s Association, the Australian Women Against Violence Alliance,  Community Legal Centres NSW and the Australian Council of Social Services.

Rosie Batty tells PM: shut them all down