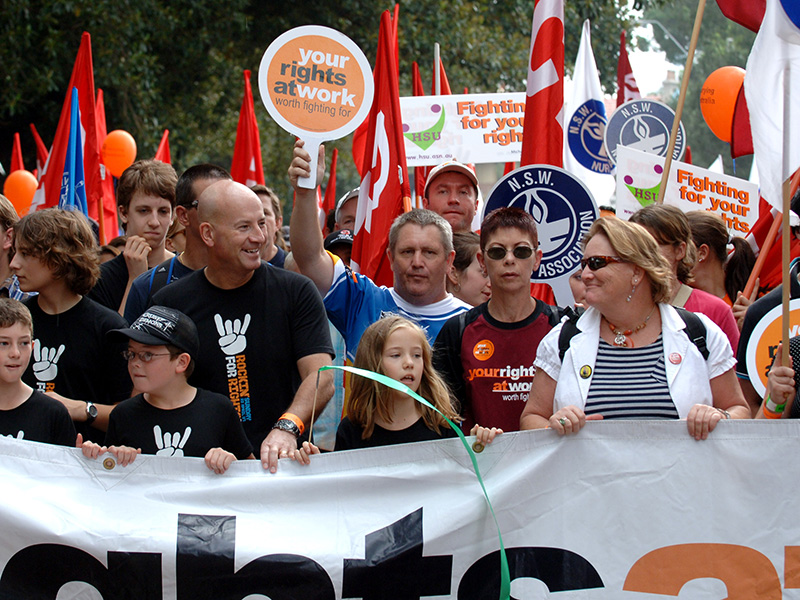 The unions have their work cut out for them.

The dumping of Tony Abbott was a game-changer for the Australian trade union movement, as well as for Labor leader Bill Shorten.

Many voters were prepared to believe the worst in Abbott while, so far, they are prepared to give the benefit of the doubt to his successor, Malcolm Turnbull.

Previously, the union campaign led by the ACTU had the luxury of being able to focus on a leader who promised back in 2010 that the Work Choices laws were “dead, buried and cremated”.

But Mr Abbott’s pledge was not believed by most voters, which helped the union campaign to defend penalty rates for weekend work and to tap into the widespread worries about precarious work.

After the leadership change, Mr Shorten argued that “nothing had changed” but even he sounded unconvinced.

The bottom line is that the ascension of Turnbull makes it far more likely that the Coalition will win the next federal election, which could be held later this year.

Voters will welcome Turnbull’s more positive approach to dealing with the nation’s problems, even if his self-belief is partly founded on an ego that has always been of prime ministerial proportions.

ACTU leadership of Dave Oliver and Ged Kearney, like opposition leader Bill Shorten, have to walk a fine line between being too negative and keeping up the fight.

They will attend showpieces like PM Turnbull’s national summit last Thursday and – if they are smart – will try to find common ground on some policy issues.

There will be no agreement on things like cutting Sunday penalty rates.

That position was reinforced by the Minster for Resources and Energy Josh Frydenberg and Employment Minster Michaelia Cash.

It’s worth remembering that Minister Cash is a former senior lawyer with Freehills, which has long been the law firm of choice for big employers that wanted to take a hard line on unions.

Cash will probably be a better salesperson and a better negotiator in the Senate than her predecessor Eric Abetz, but her policy stance is similar.

The Coalition will also come under pressure to act on workplace policy from its traditional business constituency, with support from enough backbenchers to keep the issue bubbling away.

As things stand, the ACTU and unions have largely run an oppositional campaign, which is entitled, “Build a Build a Better Future: Fight for our Living Standards” and has failed to register with most voters.

Former ACTU assistant secretary Tim Lyons has rightly argued that it’s no use talking young workers about the “Your Rights at Work” campaign, which helped defeat the Howard government in 2007. The 21-year-old of today was aged just thirteen back then.

The unions are mostly relying on grassroots campaigning – including mass door knocks and cold calling union members in 32 marginal seats – along with social media messaging.

Worries about jobs and living standards are still there. Voters are doubtful that any party or any leader has the answers, but they are looking for somebody to build consensus rather than more conflict.

But without Tony Abbott’s photo on the dartboard, the union campaign lacks focus and narrative.

One thing that is unlikely to work is banging on about how rich Malcolm Turnbull is.

Sure, criticise him as a former banker and financial wheeler-dealer, but most Australians care about what Turnbull does as PM, rather than his bank account. ‘Your Rights at Work’ won’t work against Turnbull