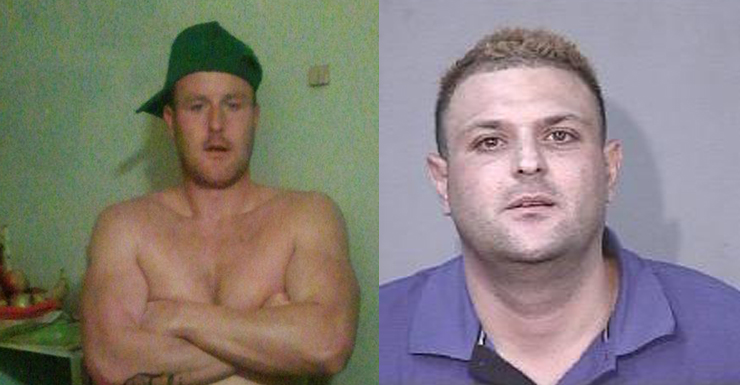 Police have located a man who escaped from a New South Wales jail, while another fugitive remains on the run.

Beau Wiles, who fled from low-security Goulburn Correctional Centre in the Southern Tablelands on Wednesday, was caught by police near Wollongong about 5pm on Thursday.

He was serving an 18-month sentence for shoplifting, assault, robbery, car theft and driving while disqualified.

Chahine jumped from the dock inside a court at the Downing Centre in Sydney’s CBD on Wednesday afternoon, after being denied bail, police confirmed.

Fairfax Media reported Chahine was appearing at court for breaching bail on drug supply charges, when he was denied bail and flipped out.

He then reportedly escaped through a fire exit and hitched a ride on a bus.

NSW Police Force officers said Chahine had not been seen since Wednesday night, when he disembarked at Central Railway Station near Belmore Park.

Chahine is described as being of Mediterranean/Middle Eastern appearance, medium build, and was wearing a blue singlet and no shoes.

Meanwhile, Wiles reportedly took photos of himself and uploaded them to his Facebook page just days before he fled Goulburn prison.

He posted photos of himself with no top on wrote a comment “Love u my my [sic] princess”.

A third prison break-out took place on Wednesday, with Northern Territory Police confirming a convicted robber left a prison bus he had been driving and went on the run in Darwin.