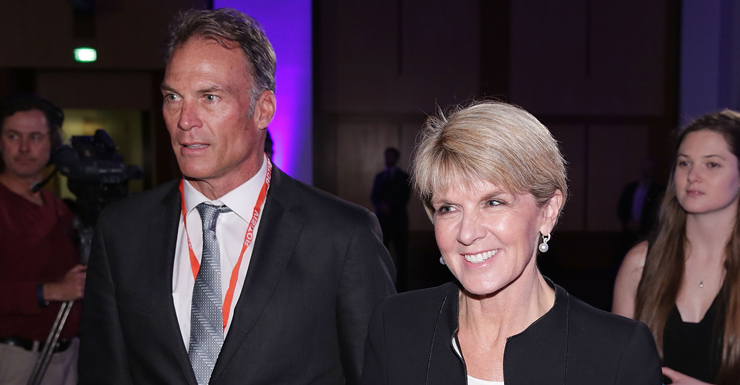 Foreign Minister Julie Bishop has been questioned by the Opposition on whether she is serious about her job, after her boyfriend was spotted by her side at the UN General Assembly in New York.

Partner David Panton was seen sitting next to Ms Bishop in the official Australian section at the summit, but her spokesperson said it was within her discretion to allow him to attend, and that he paid for his own flights to the US, Fairfax Media reported.

The spokesperson said she regularly invited “friends” and constituents onto the floor of the UN.

Ms Bishop is at the US summit to discuss important global issues like combating climate change and terrorism, and in particular, war-torn Syria, with other world leaders and officials – including Barack Obama, Vladimir Putin and Pope Francis.

“This is an important week at the UN and it’s critical the government treats it with the seriousness it deserves,” Labor’s junior spokesman for Foreign Affairs Matt Thistlethwaite told Fairfax Media on Monday.

“It’s up to the Foreign Minister to explain if this is appropriate.

“If there’s a legitimate reason for this then it needs to be clarified.”

“The Foreign Minister has discretion as to who is invited to General Assembly sessions and has in the past invited constituents and friends to sit with her.”

Julie Bishop took her boyfriend … where?