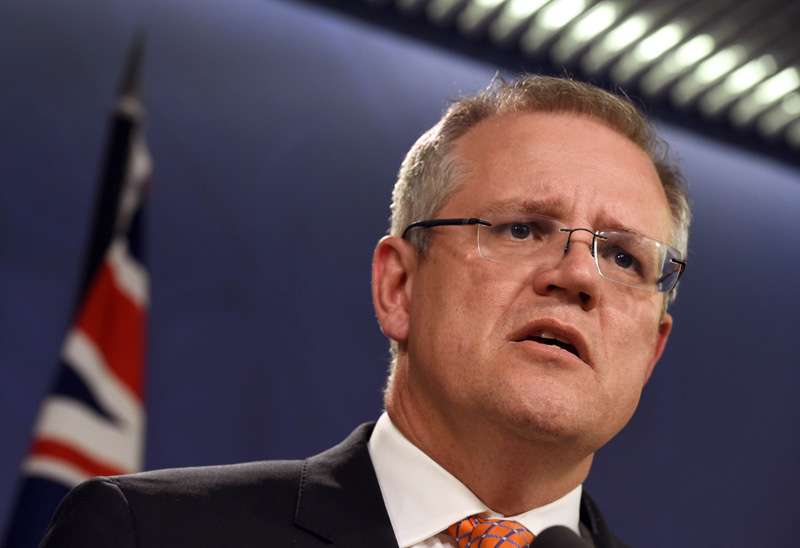 Global stocks have fallen to their lowest level in over than two years, but new treasurer Scott Morrison says the Australian economy is still performing well.

On Tuesday, the Australian share market ended deeply in red, losing $56 billion in value, as the crash of mining and trading giant Glencore raised fears about companies across the commodities sector.

Fears about the heavily indebted Glencore’s ability to survive caused the rout in its share price and a surge in the cost of insuring its debt, leading many analysts to question whether this might be the commodity sector’s Lehman Brothers moment.

BHP Billiton shares tumbled below $22 for the first time since the global financial crisis.

All four major banks were down over 3.5 per cent and retail plummeted, with Woolworths and Wesfarmers both down more than 3 per cent, and Myer down 4.9 per cent.

But the Federal Treasurer Scott Morrison said the economy was performing “incredibly well”, despite a plunge in the Australian stock market.

“These are obviously difficult days and there’s lots of headwinds we already know that,” he told Sky News.

Wall Street ended mixed in a volatile session, with the two main indices advancing slightly and the technology sector falling.

Economic data showed US consumer confidence was at its highest level since January.

In Europe, markets fell again, but not as sharply as previously.

In futures trade, the ASX SPI 200 was up 43 points to 4,927, indicating the Australian share market was likely to open a little higher.

‘These are difficult days’