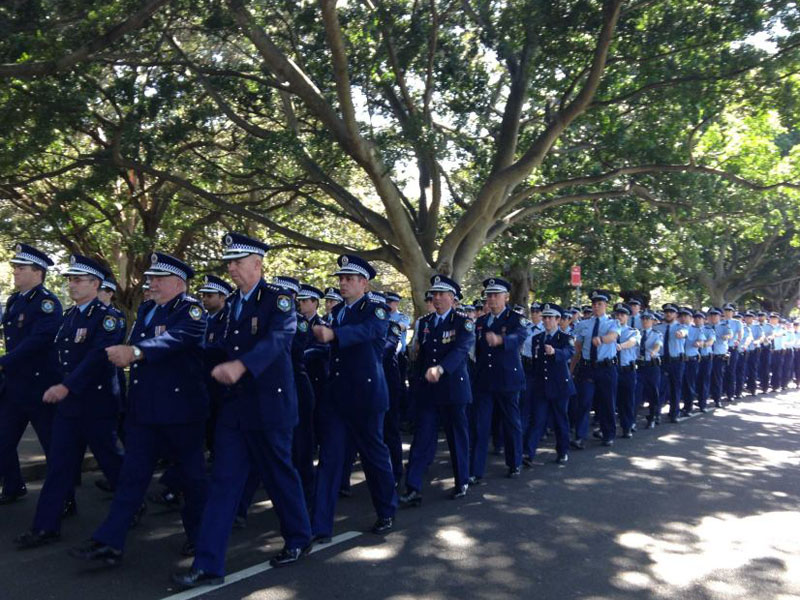 Police officers are gathering at ceremonies across the country to remember colleagues who have been killed on duty.

No officers have died in the line of duty in Australia over the past 12 months, but the focus of this year’s Police Remembrance Day is on five officers lost in Papua New Guinea and on past fallen colleagues.

It is also an opportunity to honour officers who have lost their lives through illness or other circumstances.

“It is a day when we gather to remember, reflect and honour those officers who lost their lives in the line of duty,” he said.

“We remember our past fallen colleagues, whose names are on the wall of remembrance, for the commitment and sacrifice they made.

“We support also our colleagues in the Royal Papua New Guinea Constabulary who have lost five officers in the last year.”

A dawn service was held at Queanbeyan this morning and a service will be held at the National Police Memorial in Kings Park in Canberra this afternoon.

A service was also held in Sydney’s Domain to honour at least 250 police men and women who have died on active duty since the NSW Police Force was founded in 1862.

“We gather to commemorate their commitment, their devotion to duty, their selfless loyalty and the ultimate sacrifice that they each made in serving our communities,” he said.

About 100 police officers marched through Darwin city and a wreath was laid to honour those who died while serving in the force.

A church service honoured the nine Northern Territory officers who have died on duty; the most recent being Sergeant Glen Huitson who was shot at a roadblock on the Stuart Highway in 1999.

The National Police Memorial, which honours all Australian police killed on duty since 1803, currently carries the names of 757 police officers.