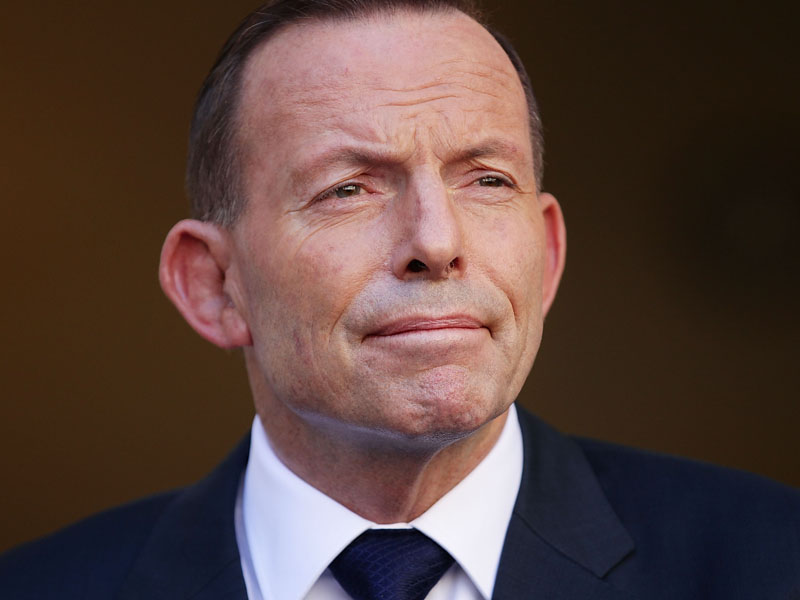 Ousted Prime Minister Tony Abbott has pleaded with voters to support the government despite the instability surrounding yet another spill.

Speaking with 2GB radio host and friend Ray Hadley on Tuesday, Mr Abbott hopes that his demise will put an end to governments dumping their leaders in office.

Mr Hadley gently probed Mr Abbott about how he was feeling after being toppled by Malcolm Turnbull in a party room leadership spill.

• Abbott ‘should have resigned’
• ‘You don’t get to judge my faith’: Morrison to Hadley
• Andrew Bolt’s love letter to Abbott draws scorn

And while Mr Abbott acknowledged losing the top job was bruising, he said that he was okay, and that voters should stick with the current government, even if it was through ‘gritted teeth’ after a tumultuous two weeks.

“I always knew that politics was a pretty brutal business. It’s a game of snakes and ladders and yes, I’ve hit a snake,” Mr Abbott said during the subdued interview.

“My hope is what happened a fortnight ago finishes all of this stuff. That we get right away from this concept of changing the leader like you might change your clothes to suit the fashion.

“Our country is better than that. It would be terrible if people were to abandon the Coalition because of this.

“It’s always better to stay in and fight. I can appreciate there are a lot of people out there who are dismayed by what’s happened but, as I said, it would be even worse if we were to end up with a sixth prime minister in six years.

Mr Morrison was the subject of a fiery on-air spat with Mr Hadley last week, after the former’s rise to his new role.

The pair exchanged barbs during that interview over events leading up to the ousting of Mr Abbott, while Mr Morrison also confirmed he was offered the Treasurer role by the ex-PM.

In his first radio interview since his fall from the top job, Mr Abbott admitted that Mr Morrison had spoken to his chief of staff Peta Credlin three days before he was ousted in a party room ballot.

“It’s probably a bit counterproductive to revisit all of this now.”

When Mr Hadley asked Mr Abbott about the roles Foreign Minister Julie Bishop and Mr Morrison played, Mr Abbott said a leader had to rely on the people closest to him.

“Any leader who is watching his back is not focusing on the main job,” he said.

Mr Abbott re-iterated his desire to see stability in the leadership of Australia.

“Sure there’ll be difficult times, sure there’ll be up and downs, but people of character and steadiness don’t panic at the polls, they stick with good policy and the interesting thing is that no policy has changed since the change of PM.

“The difficulty with the revolving door prime ministership is that government can’t do what is necessary for the long-term good of our country if you’re subject to death by polls, and then ultimately, a partyroom coup.”

Mr Abbott, who also spoke of his achievements as Prime Minister, insisted nothing had changed on the policy front with the Turnbull government.

“Climate change, the same. Border protection policy, the same. National security policy, the same and if you listen to the prime minister and the treasurer, they’re even using exactly the same phrases that Joe Hockey and I were using just a fortnight ago,” he said.

The 57-year-old finished by saying that retirement was not on the horizon and that he would remain looming on the backbench.

“I’m too young to retire. I’ve still got something to contribute to public life,” he added.