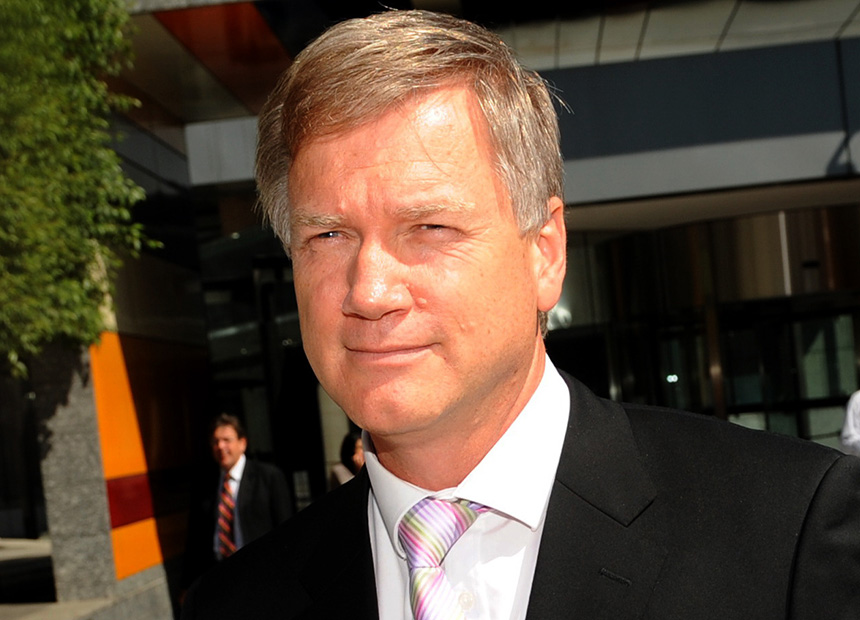 Controversial columnist Andrew Bolt has poured his heart into a poignant article defending the reputation of close friend Tony Abbott – and the internet has quickly lampooned him for it.

The Herald Sun writer is a long-time confidante of Mr Abbott and has written a series of columns denouncing his loss of the prime ministership.

“Now Tony Abbott is gone I can finally tell the truth about him,” Mr Bolt wrote in News Ltd. “Folks, you made a big mistake with this bloke.

“No, no. The mistake wasn’t that you voted for him. In fact, you got one of the finest human beings to be Prime Minister.”

The piece continues to list Mr Abbott’s virtues and achievements such as “stopping the boats, curbing spending, scrapping the useless carbon and mining taxes, leading the world’s defiance of deadly Russian strongman Vladimir Putin and making us safer from terrorism”.

Mr Bolt even writes the decision to oust Mr Abbott was enough to “break my heart”.

“That he has been betrayed and deposed doesn’t just break my heart. It makes me fear for this country,” he said. “Sorry to sound so melodramatic … Truth is that Abbott is not a thug, bully, racist, fool, liar, woman-hater, homophobe or bigot. He’s not cruel or lacking compassion.”

Since the leadership challenge from Mr Turnbull swung into action on September 15, Mr Bolt has posted a series of pieces to his blog – 32 to be exact – lamenting Mr Abbott’s dumping.

That’s not to mention discussion on his 2GB Radio slot, comments on The Project and during his Sunday morning television program The Bolt Report.

Mr Bolt qualified his bias in the piece, saying it didn’t cloud his vision of Mr Abbott, but rather it helped him be a better judge.

“Now, I must declare straight up — I call Tony Abbott a friend,” he wrote.

“So you’ll call me biased. You’ll laugh that I can write this massive praise of him when almost everyone else is horse-laughing.”

Unfortunately for Mr Bolt, many on social media had little sympathy for the notorious champion of conservative politics.

Here are some of the best reactions:

Has anyone actually seen Bolt since Abbott was rolled? I fear he’s at home, in his undies, sad-bingeing cookie dough ice-cream and gin. — John Birmingham (@JohnBirmingham) September 27, 2015

Bliss was it to be alive in the time of Bolt’s meltdown / But to be left was very heaven — Ben Eltham (@beneltham) September 27, 2015

Andrew Bolt, a man who lives in perpetual rage tells someone else to lighten up. — Bolt Comments (@boltcomments) September 28, 2015

This is how I envision Andrew Bolt after reading his latest on how Australia didn’t love Abbott enough pic.twitter.com/nlbG5gIsAS — Asher Wolf (@Asher_Wolf) September 27, 2015