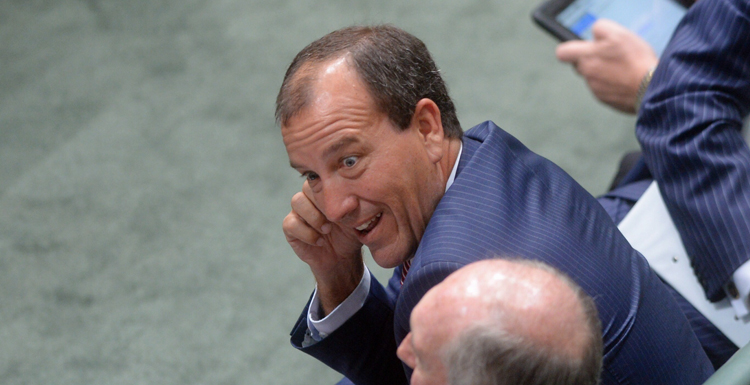 Prime Minister Malcolm Turnbull’s new Special Minister of State is still under investigation for his involvement in the Peter Slipper scandal.

The investigation has continued for 12 months, with the AFP recently requesting interview tapes and other material from 60 Minutes, the report said.

In September, 2014, Mr Brough admitted on 60 Minutes that he “directed Mr Slipper’s adviser, James Ashby, to procure copies of Mr Slipper’s diaries in 2012”.

The diaries were leaked to the media and exposed Mr Slipper’s use of about $1000 in Cabcharge vouchers to pay for hire car travel to wineries around Canberra, the program reported.

He was found guilty of the allegations in 2013, but then was acquitted and had the convictions overturned in 2015.

It was Mr Brough’s comments during the 60 Minutes program last year that trigger the AFP investigaton.

“[I am] concerned that the public can have confidence that every dollar that is spent in support of an MP or a member or a Senator’s job is actually an entitlement that meets the public test,” Mr Brough continued on air.

“My own diary has been up on my website so everyone can see what I do. My entitlements, my travel, whether I fly economy class, where I fly, and what I do are all there for everyone to see. First of all I don’t ask anyone to do anything I’m not prepared to do myself.”

Last week, Mr Brough told the ABC that he had no regrets about his actions.

Mr Brough was reinstated to the ministry during Mr Turnbull’s reshuffle last week, in a position responsible for maintaining parliamentary standards, including the entitlements system.

Meanwhile, former Federal Speaker Browny Bishop resigned from the Speaker’s chair in August after weeks of intense pressure over questionable travel entitlements claims – including a $5227 return chopper flight between Melbourne and Geelong to attend a Liberal Party fundraiser.