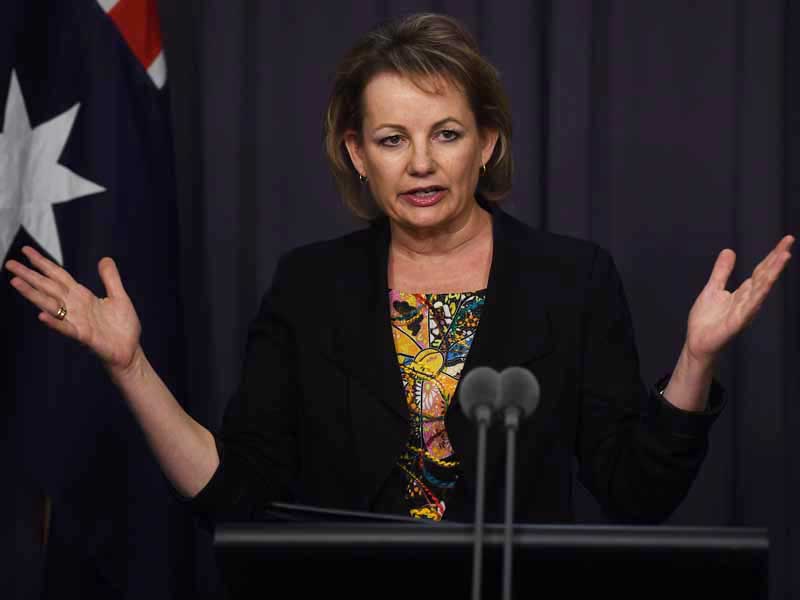 Health experts and Labor have slammed a review of the Medicare Benefits Schedule (MBS), saying it may see restrictions placed on medical tests and procedures.

The ALP labelled the review “deeply alarming”, while the Australian Medical Association said it was an “attack on the integrity of Medicare and the medical profession”.

The MBS sets out the services subsidised by the Australian Government under the Medicare program.

Health Minister Sussan Ley said in a statement on Sunday many of them were “out-of-date or even harmful”.

About 5700 medical services subsidised by the MBS will be assessed in the review.

Since the MBS was implemented in 1984, about 70 per cent of the items covered have not changed.

“There are examples that see too many procedures for a particular cohort of patients with little evidence of benefit,” Ms Ley said.

“The Australian Commission on Safety and Quality in Health Care has, for example, drawn our attention to knee arthroscopy — examination of the knee joint.

“Another example is lower back pain — a lot of people with lower back pain get sent for a barrage of scans, when really, the evidence is telling us now that physiotherapy and exercise are probably the first line of treatment.”

The review began earlier this year, with two consultation papers released on Sunday.

The Leader may have changed but the Liberals plans to destroy #Medicare remain exactly the same. pic.twitter.com/Np3FArIMdQ

“The Government is going about this like a bull in a china shop,” Ms King said.

“To come out and say that every single Medicare Benefit Schedule item is on the table, potential cuts to Medicare benefit items basically means that there will be patients who will suffer as a result of this cut.

“They also need to have brought the professions along with them, so the colleges, the associations, all of the people who are out there on the coalface every single day, talking to patients, conducting these procedures … if you don’t bring them with you, basically what you’re going to end up [with] is at loggerheads with the profession.”

All current MBS items and the services they describe, increasing the value derived from services, concerns about safety and clinically unnecessary service provision and concurrence with guidelines will be examined in the review.

It will not look at adding new services to the MBS and the responsibilities of each level of government.