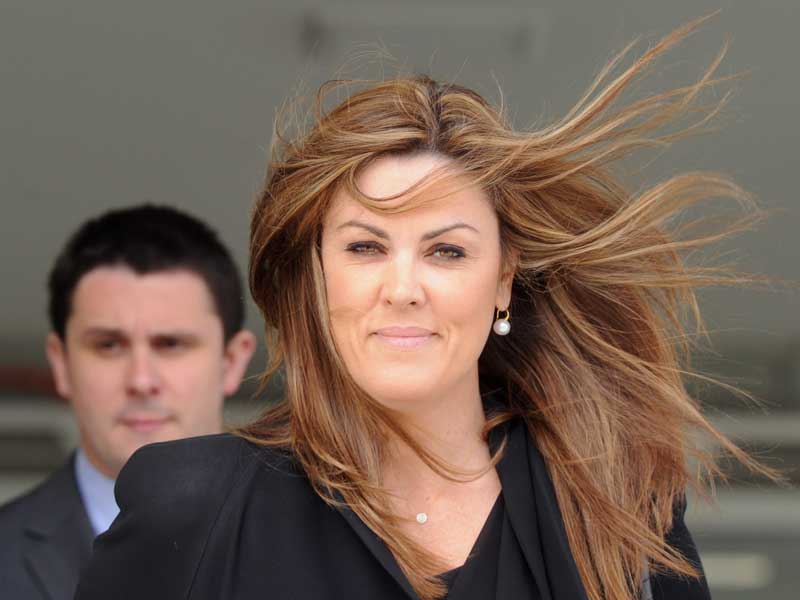 Tony Abbott’s former chief of staff Peta Credlin claimed last week that she was treated unfairly because she was a woman.

But not everyone agrees. Four prominent Australian women have said the divisive staffer would have ‘received a kicking’ regardless of her gender.

Ms Credlin candidly spoke about her time in parliament at a women’s event last week, a rare public appearance for the fiercely private staffer.

But it was different to the coverage of her male-counterparts.

Ms Credlin said she believed the way she was perceived shifted following the 2010 federal election that resulted in a hung parliament.

“If I wasn’t strong, determined, controlling – and got them into Government from Opposition, I might add – I would be weak and not up to it and would have to go and be replaced.”

But the comments have been judged harshly by many of her female peers.

Writing for The Conversation, Grattan did not subscribe to the former chief of staff’s version of events.

The political commentator said Credlin’s “behaviour” – not her gender – contributed to her treatment.

“She threw her weight around and bullied people. She encouraged a them-and-us tribal approach. She alienated people rather than drawing them closer to Abbott,” Grattan wrote.

“She did not seem to accept any responsibility for the demise of her leader despite taking much credit for getting him into office.

“And she portrayed herself as something of a victim, targeted especially because she was a woman.

“Abbott used to say if Peta were Peter, she would be treated differently. More likely is that if Peter had behaved as Peta did, he would have received a kicking too.”

There was no love lost between the commentator for The Australian and Credlin.

According to one report in the national newspaper, Credlin even tried to have Savva fired for her part in exposing Credlin’s “overbearing managerial style”.

In a column after the mid-September leadership spill, Savva attributed Credlin to Abbott’s rise – and fall.

“No one was immune from Credlin’s compulsive micromanagement, including him [Abbott],” she wrote.

“Credlin thought Margie [Abbott] was a distraction for Tony, that Tony was too concerned about whether Margie was okay rather than focusing on the job.

“Yet when she [Peta] was behaving like a schoolgirl, she was just as distracting because he never wanted her to be upset.”

Formerly identifying as a “supporter” and “laud[ing] her as a powerful female role model”, Janet Albrechtsen argued the former parliamentary staffer had not been maligned because of gender, but because she was “failing” at her job.

“Credlin suffered from — and, it seems, continues to suffer from — a fundamental lack of awareness,” Albrechtsen wrote.

“Whereas a good chief of staff provides a conduit between a prime minister and MPs and ministers, Credlin was a toxic blockage to the PM’s office.

“Oblivious to how she continually encroached on the authority of the prime minister, Credlin undermined Abbott’s position and, eventually, her own.

“This assessment has nothing to do with her gender.”

Credlin was often portrayed as if she ruled in the government with an iron fist, which, if it was the case, indicated her tactics weren’t working, according to The Sydney Morning Herald‘s Stephanie Dowrick.

Dowrick asserted that gender alone should not qualify Credlin for support.

“Decency isn’t gendered. Nor are honesty and trustworthiness,” Dowrick wrote in a column for The Sydney Morning Herald.

“In fact, if Credlin really does have the influence over Abbott that some claim, it would be easy to argue she’s doing a poor job.

“The Prime Minister is increasingly widely disliked. He and his almost all-male cabinet are increasingly mistrusted. This is no surprise. Gender card was ‘not the right play’ for Peta Credlin