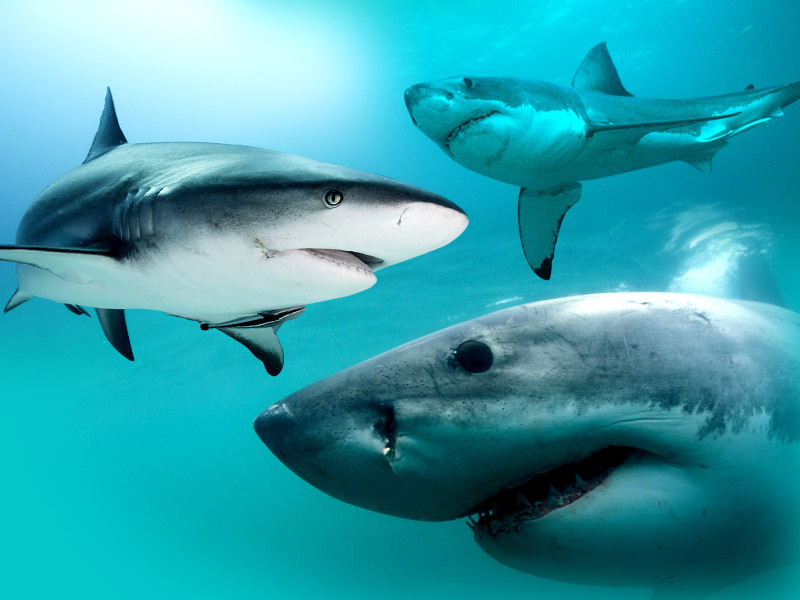 Experts have blamed the increasing number of surfers and whales for a huge spike in the number of shark attacks on Australia’s beaches.

Taronga Zoo’s Australian Shark Attack File (ASAF) statistics showed there had been 13 unprovoked attacks in NSW so far this year, compared with just three in the previous year.

In February, a Japanese surfer was killed by a shark which bit both his legs and split his board in half near Ballina on the NSW north coast. In September, a surf-skier in his 60s was mauled to the bone on his left ankle by a Great White Shark, north of Forster, NSW.

The NSW Government responded to the spike in attacks – which have left a trail of serious injuries and death – by funding a program to tag large sharks off the NSW coast.

• Man mauled ‘to the bone’ by shark
• ‘It could have easily taken my hand’
• Surf horror: shark was ‘chewing my leg off’
• Body-boarder bitten by shark

According to Global Shark Attack File data, Australia has more fatal shark attacks than any other country, with the US ranked second, followed by South Africa, Papua New Guinea and Mexico. Most of these locations are considered surfing meccas.

Across the nation, there have been three unprovoked attacks in Queensland and one each in South Australia, Victoria and Western Australia so far this year. Curator of the Shark Attack File and Taronga Zoo’s manager of life sciences operations John West said swimmers should not alarmed by the statistics.

He said the increased number of surfers in Australia during the past two-and-a-half decades was largely responsible for the inflated numbers.

That, combined with an increasing migrating whale population swimming past Byron Bay along the east coast this year, was attracting Great White Sharks to feed.

“Surfing attacks increased by 50 per cent in the decade between 1995 to 2004, from the previous decade’s figures,” Mr West told The New Daily.

“In the last 60 years, wetsuits have allowed people to spend more time in the water throughout the winter months.

“Surfing in those conditions does increase the risk somewhat and I believe this is what is currently happening in the north of the state.” The majority of shark attacks on surfers – 80 per cent – involved Great White Sharks, which are a naturally inquisitive breed, Mr West said.

“They will often investigate objects floating or moving on the surface of the water,” he said.

“White sharks are attracted to a shape that is more common or environmentally familiar to them, for example a seal shape compared to a square, and they will choose the smaller to the larger shapes when given the choice.”

Mr West said beach-goers should not be alarmed, with unprovoked shark attacks still rare compared to other fatal incidents.

“Putting that into perspective, according to the Royal Life Saving National Drowning Report 2014, there is a 10 year average of 292 drownings per year in Australia,” he said.

“If anyone is to worry about anything when in the water, it should be about drowning rather than a shark attack.” ‘No two shark attacks the same’

According to the ASAF, there are more than 510 shark species world-wide with 182 species inhabiting Australian waters.

The top three deadliest sharks – Great White, Tiger and Bull – make up 96 per cent of all fatal unprovoked shark attacks in Australia.

Australian pro surfer Mick Fanning created headlines in July, when he bravely fought off a shark while competing in the J-Bay Open event in South Africa.

The horrifying incident was broadcast live and the footage showed Fanning was “kicking and screaming” as the shark ambushed him from behind.

Mr West said shark attacks were random events and no two were the same.

“No-one can predict when and where they will occur,” Mr West said.