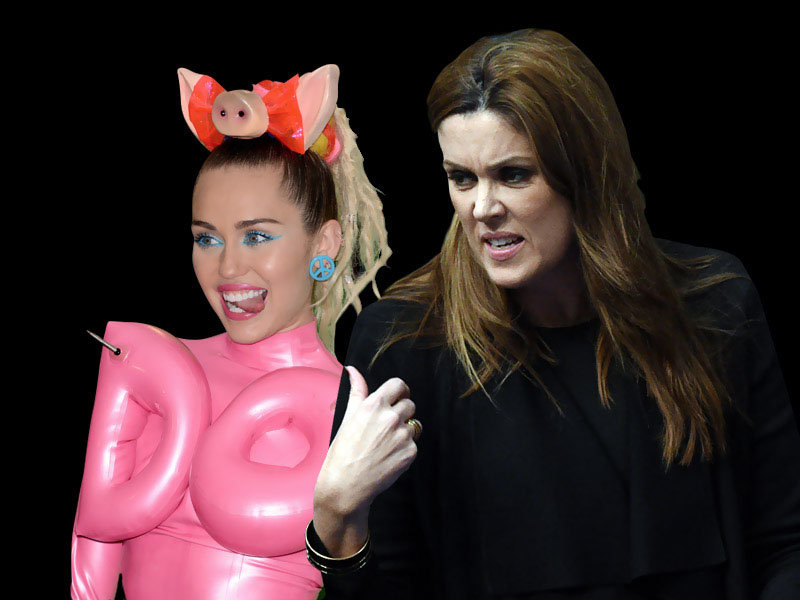 A new approach, new ministers, and the promise of new policies – such were the goodies on offer from the shiny new Turnbull administration this week. But the old regime remained obsessed with settling scores.

The former PM’s chief of staff reminded us this week about one of her old boss’s greatest flaws – and one that she clearly seems to share – which is an astonishing lack of self-awareness.

Ms Credlin was the headline speaker at a glamorous media event held to mark the release of The Australian Women’s Weekly’s list of Australia’s most powerful women. The publication’s decision to place Ms Credlin at the top of that list took place before Mr Abbott was deposed as PM.

So while Ms Credlin may protest that she never sought the limelight, she nevertheless agreed while still the PM’s chief of staff to not only take part in a photo shoot for the magazine but speak at the high profile event.

That’s more a Miley Cyrus approach to avoiding the media than the Greta Garbo way.

Then there was Ms Credlin’s assertion that she’d been unfairly depicted as a control freak who bullied people because she was a woman, apparently not because she was a micro-manager who used intimidation to get her way.

As the ABC’s Barrie Cassidy succinctly put it, women can be the architects of their own downfall, just like men, “and when that is demonstrably the case, it cheapens the principle of gender equality to play that card so casually. It makes it harder for women genuinely aggrieved to be heard.”

Ms Credlin was the most obvious member of the Abbott camp this week trying to shape how history remembers her. But her former boss was hard at it too, striving to ensure the new Treasurer Scott Morrison is left with a Judas-shaped cloud hanging over his head.

Mr Abbott may have promised not to snipe from the sidelines, but he pointedly told the media that Mr Morrison “badly misled” people by claiming to have warned the then PM about the leadership coup days before it occurred.

According to David Crowe at The Australian, “the recriminations over those events will last for years”.

And that is why Abbott’s remarks this week are so potent. He may have been driven from power, but his influence endures within the Liberal Party base.

Meantime, the Turnbull regime is making a big effort to flag that a new era is in the making.

Mr Turnbull may have claimed the time for slogans was over, but it seems a few new ones have simply crept in to replace the old ones.

Treasurer Morrison has dumped the promise for “lower, simpler and fairer” taxes and now wants us a tax system that motivates us to “work, save and invest”. And the PM himself wants Australia to be “agile, innovative, and creative” in response to its challenging future.

But the first press conference of new Defence Minister Marise Payne was refreshingly devoid of hyperbolic references to death cults coming after us with knives and mobile phones.

The Minister used more measured terms instead, referring to non-state actors who are “intent upon disrupting western democracies’ ways of life”. She also seems to be less fond of flags than her predecessor.

No backflips, gazumps or gotchas

Another interesting element of PM Turnbull’s new approach has been his attempts to encourage the media to rise above the click-baitish tabloid approach that’s been used in recent times to report on developments in Australian politics.

Hoping to avoid the usual shouty headlines when he inevitably ditches some of the Abbott government’s policies, Mr Turnbull argued in one of his first media appearances as PM that it was “rubbish” to depict such changes as a back flip, back-track, or admission of error.

“We’ve got to be agile all the time,” he said, noting that “there will be changes to policies if they don’t work as well as we think, or we think others can work better”.

Mr Turnbull also admonished 7.30 host Leigh Sales for asking him whether everything was on the table when it came to tax reform.

The PM declared he was trying to “change the paradigm” from ruling things in or out, so that “it’s a more rational one,” and that “when you’re considering reform, you’ve got to be prepared to consider all of the advice that you receive … to be open-minded, consult, engage intelligently, explain the challenges to the public in a manner that respects their intelligence and then make a decision, and having made a decision, then argue, advocate, in other words, why your decision is right”.

It may have been tempting to feel a bit sorry for Labor leader Bill Shorten this week, particularly given the turnaround in the opinion polls that Mr Turnbull’s leadership has achieved for the government. According to Newspoll Mr Turnbull is also more popular with voters than any other PM in the past five years.

Yet Mr Shorten appears to have also benefited from the change in the Liberal leadership, dropping his cranky half-baked zingers for a statesmanlike demeanour that matches Mr Turnbull’s.

This augurs well for a more courteous style parliamentary debate that could also raise the tone of political discourse in the broader community. Maybe even Twitter discussions will rise to the challenge.

We can only hope.