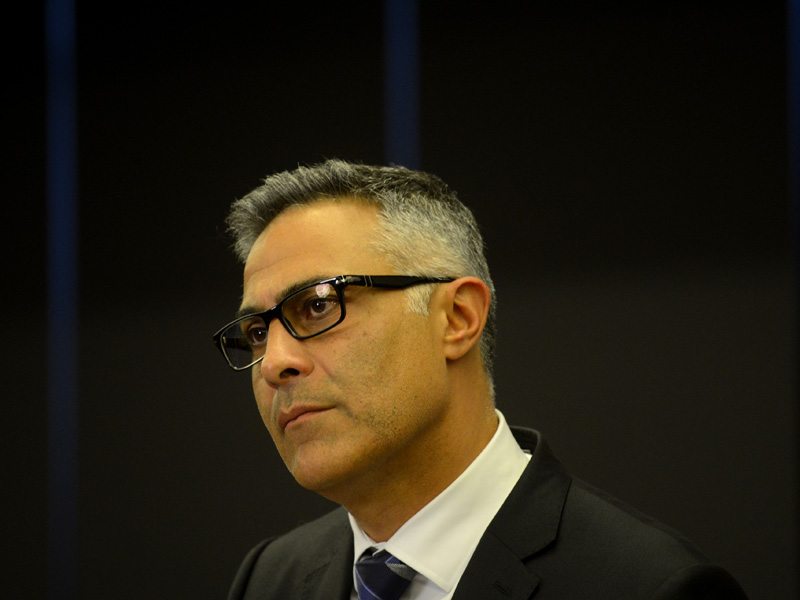 Pressure is mounting on Australia Post CEO Ahmed Fahour to step down after the company posted its worst full-year loss in 30 years on Friday.

In February, it posted a 56 per cent drop in half-yearly profits with managing director and CEO Ahmed Fahour saying the service was at “crisis point”.

The loss followed the announcement of the slashing of 1,900 jobs in June. In a statement on Friday, Australia Post blamed a continual decline in letter volumes for the weak result.

Joan Doyle from the postal and telecommunications branch of the Communication Workers Union told The New Daily Mr Fahour needs to step down.

“What has Ahmed spent all the revenue on? There are certainly less employees,” Ms Doyle said.

“They’re making a mess of the joint. Nothing in Australia Post works like it should be.  People who work in the industry are pulling their hair out.

“The staff are very frustrated because they can’t do a good job, no matter how hard they try because the people doing the planning don’t know what they’re doing.”

A spokesperson for Australia Post told The New Daily that $190 million of the $222 million loss was attributable to the voluntary redundancy program announced in June.

The program will run for the next three financial years. The spokesperson said there was nothing unusual in the headline profit announcement coming before the mid-October’s annual report was due to be tabled.

Secretary of the national branch of of the CWU Greg Rayner took a more optimistic outlook than some of his colleagues.

He said despite today’s announcement, Australia Post can recover with “sensible reform”.

“It is abundantly clear that the letter side of the business cannot be profitable in its current form,” Mr Rayner said.

“The very encouraging part of these results is the parcel side of the business, which is a huge growth area and will see substantial jobs growth in coming years.”

Mr Fahour said it had been a challenging year for the business and the letters service was undergoing an important transformation.

“We continue to make headway with reforming our letters business and we are investing in the infrastructure and digital capabilities – vital to servicing the changing needs of our customers,” Mr Fahour said.

He said despite the strong result from the group’s parcels business, Australia Post was up against a highly competitive market with more domestic and international freight companies offering sorting and deliveries.

Letter volumes had fallen 7.3 per cent with losses in the mail business growing to $381 million, as Australians switched to digital alternatives, Australia Post said in the statement.

However, that was offset by parcel revenue which rose 3.6 per cent to $3.21 billion.

For the first time, parcels made up more than half of the group’s revenue of $6.37 billion, which remained stable with the previous year.

Does this mean mail will cost us more?

In March 2015 the Abbott Government created reform to help arrest the postal service’s falling financial performance, after it announced a 56 per cent drop in half-yearly profits in February.

Australia Post recorded a first-half profit of just $98 million, with the dive driven by mounting losses of $151 million in its letters business.

The Federal Government granted Australia Post a green light to implement sweeping changes in an attempt to keep the service afloat, by creating a two-speed letter delivery system.

In a statement to The New Daily, a spokesperson for Communications Minister Mitch Fifield said the government was keeping a close eye on the corporation.

“Australia Post is at a critical point with its letters business in serious and permanent decline,” the spokesperson said.

“It is expected that the introduction of postal regulatory reforms of a two speed letter service will help Australia Post to return to a more sustainable position.

“The Government will closely monitor the implementation of the current postal regulatory reforms.”

In another desperate bid, Australia Post sought approval from the Australian Competition and Consumer Commission (ACCC) in August, to raise the basic stamp price from 70 cents to $1, which would result in a 42 per cent rise in the price of sending standard letters within Australia.

A 60-cent stamp price will remain in place for pensioners and Commonwealth concession card holders, and Christmas cards will still cost 65 cents to send.