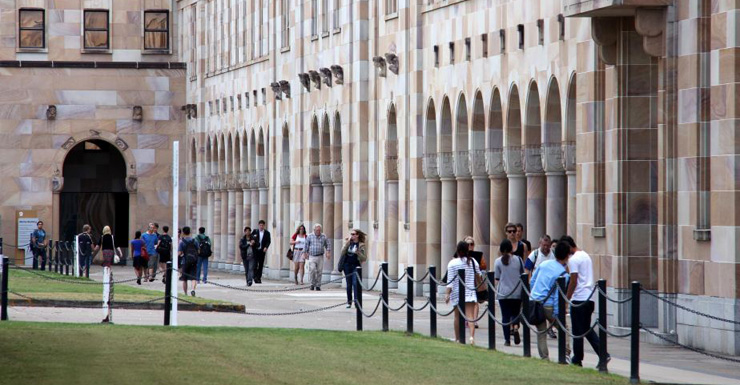 There are more signs the Abbott government’s plan to let universities set their own fees may be dumped under the leadership of new Prime Minister Malcolm Turnbull.

Education Minister Simon Birmingham said he was not wedded to the plan his predecessor Christopher Pyne twice failed to get through the Senate.

“We must make sure that we progress with reforms that are possible and so my approach will be to sit down, talk to the crossbenchers as well as the university sector, business and industry and see what they all accept as being priorities,” Senator Birmingham said.

When the government announced the deregulation plan, in its 2014 budget, university students launched rowdy protests across the country.

Labor and the cross bench attacked the plan. They said they could see students from poorer backgrounds reluctant to enrol in university courses because of fears they would not be able to pay the fees.

Senator Birmingham acknowledged its unpopularity and was open to considering different models.

“I think Christopher Pyne did a phenomenal job getting 40 out of 41 vice chancellors on board for reform and it’s disappointing that the Senate didn’t engage in a more constructive way with the reforms that were proposed, especially the Labor Party,” he said.

“But we have to deal with the political realities we face.”

Senator Birmingham said he wanted to use his elevation to the job to encourage more young people to consider learning a trade.

“The reality is that by pursuing a vocational qualification, and particularly a trade, students have a higher probability of getting a job, often have a starting salary higher than university graduates and, according to census data, are more likely to be business owners and entrepreneurs in the future,” he said.

“I do want to encourage Australian students and teachers to think about the merits of vocational careers as well as the exciting opportunities that university education offers.”

Mr Pyne said the government would not walk away from university reform.