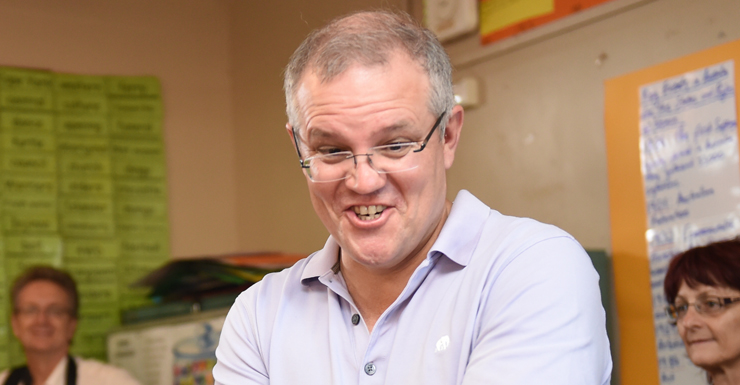 In his first week in the job, Mr Morrison told News Corp he vowed to implement ideas reflective of the Howard/Costello period.

Mr Morrison admitted the government “had been good at stopping things such as boats and Labor taxes but had to be better at starting things”.

“As a principle of people keeping more of their own money … yes I believe you can,” he told News Corp.

“Someone who works more and is rewarded more for it is a great outcome.

“Clearly there is not enough reward for effort. That’s why some people find it more beneficial to stay on welfare benefits than work.”

Other items on the Treasurer’s fresh, new agenda were creating housing affordability packages with the state governments and making more land available for construction.

He vowed to end the high income earner deficit repair levy by 2017 and was on track at wiping out raising the Medicare levy.

“Tax reform is not a virtue in itself. I don’t indulge in ideology on these issues. The first challenge in the tax ­debate is that the objective hasn’t been set out,” Mr Morrison told News Corp.

“We want simple, lower, fairer taxes but I will put a ruler across all areas that says what will increase participation. How does that make people work, save and invest.”

Scott Morrison wants to give us tax cuts